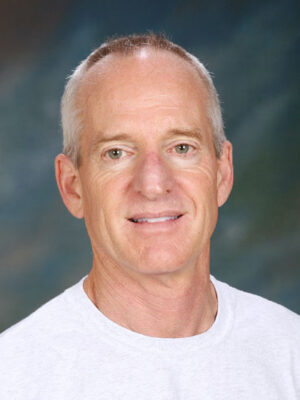 From working in an underwater salvage company to being the athletic director at Saratoga High, Peter Jordan has always been willing to take on a big challenge.

From working in an underwater salvage company to being the athletic director at Saratoga High, Peter Jordan has always been willing to take on a big challenge.

His daily list of tasks is lengthy. In his third year as athletic director, Jordan communicates with nearly 100 coaches throughout the year, a staff larger than the school’s faculty. He hires and trains them and makes sure they are properly certified.

Even with the overwhelming numbers, interacting with the coaches is Jordan’s favorite part of the job.

“They are for the most part terrific people,” he said. “They work long hours for little money and have to deal with many of the same frustrations and challenges I do, but they do it out of a passion for the sport and a desire to give our student athletes a good experience.”

He acts as the league representative for track and field and is on the Sports Boosters Board as a non-voting member. Like many other staff members, he also answers phone calls and e-mails.

“Sometimes when people take the time to call me or write to me it is because they are unhappy about something, and that is challenging,” Jordan said.

But Jordan didn’t start off as an athletic director; he dreamt of different jobs when he was young. He wanted to be a professional baseball player in the summer and an astronaut in the winter.

Jordan first held a teaching job in 1979 before graduate school. He received his master’s degree in speech pathology in 1982 from Northwestern University. However, the economy at the time proved difficult for him to find a job in education. He became a bartender and restaurant manager for a few years and during this time worked in underwater salvaging in Marina Del Ray while living in a trailer in Malibu.

“[It] sounds pretty cool, but mostly consisted of hand-scraping barnacles and algae from the hull of boats while breathing air out of a can all day,” Jordan said.

In 1985 he helped open the California Café in Los Gatos and moved to working in public schools in 1989. Prior to coming to Saratoga High for the 2000-2001 school year, Jordan worked at Gavilan View Middle School in Salinas as a part-time speech therapist and a part-time French teacher.

“[When] Saratoga had an opening for a full-time French teacher, I jumped at the chance to work at such a great school,” he said.

Altogether, he has taught for 25 years. In his free time he likes to stay active with CrossFit, travel, cook and read.

“I think these victories are helping to change the way Saratoga students think about themselves,” he said. “I used to hear students talk about how much we suck at sports. I think that is changing for the better.”

In the future Jordan hopes to write a book about his experiences as an athletic director.