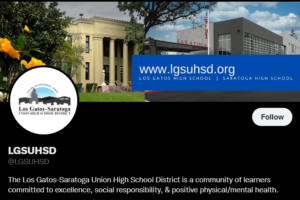 The district will no longer use Twitter as a platform for communication, superintendent Bill Sanderson announced via email on Nov. 10. He cited the rise in “hate speech used on the platform,” which is opposed to the district’s values of diversity and inclusivity, and thus a decision was made to dissociate from the platform.

Billionaire Elon Musk took over the company on Oct. 27 and began allowing back users that had been previously banned for violating the company’s terms of use.

Sanderson, referencing a Montclair State University article on recent the recent increase in hate speech, said the hate speech on the platform spiked after Musk’s acquisition of the platform and his promises to reduce its content restrictions.