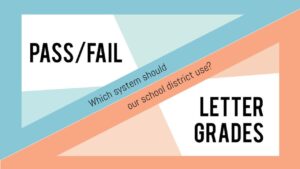 After the Palo Alto Unified School District enforced a credit/no-credit learning system for their middle and high schools on March 25, LGSUHSD officials are currently debating whether to make the same switch for the rest of the year, said principal Greg Louie.

This system, more commonly known as pass/fail, means that classes will not have letter grades, so students would not have a standard grade point average, or GPA. Final grades would determine whether a student receives graduation credit for taking the class, and any grade within the previous A through D range would be considered passing marks.

As of right now, the school is only speculating what the implications of such a system would be.

“There is no timetable, but the California Department of Education (CDE) may make a mandate,” Louie said.

The CDE has not required any schools to switch to this system as of April 13, but it states on its website that there is nothing in the education code stopping a school from shifting to a credit/no-credit system.

Leaders of the CDE and the State Board of Education have met with the Governor’s Council for Postsecondary Education, which consists of University of California, California State University, Community College systems and the Association of Independent Colleges and Universities to make sure that no students are hurt from the school closures.

According to the CDE, the university systems are willing to accept credit/no-credit grades in lieu of letter grades for all courses, including A–G courses, completed in winter, spring or summer 2020 for all students. Grades of credit/no-credit will not affect the UC or CSU calculations of GPA.

With the ever-changing situation, the district has no clear plan as to how a credit/no-credit system would work, but Louie hopes to keep class and grades as normal as possible for as long as the school can.

Especially with current juniors worrying how a change in grading system could potentially affect recommendation letters for college, Louie reassures they have nothing to worry about.

“Teachers will likely keep track of what grade the student would have earned,” Louie said.

Junior Anya Jobalia sees the pros and cons of changing to this system.

“It’s really frustrating for juniors who have worked so hard in certain classes to then have it be pass/fail,” said Jobalia.

However, she also recognizes that students would not need to stress as much in harder classes, saying that it would be easier for students to achieve simple “pass” grades instead of struggling for A’s.

The district is looking closely every day to figure out the solution that makes online learning fair for everyone, Louie said.

“I would guess that students would still be expected to complete assignments and assessments,” he said. “In the meantime, our district leadership is exploring the implications.”