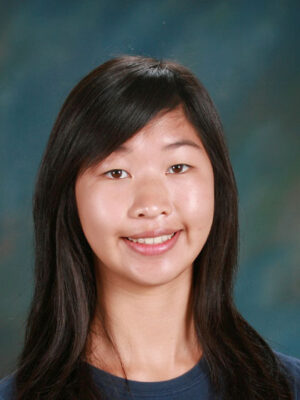 Because of the movies prior to the “Deathly Hallows Part One,” I did not expect much out of it. But watching the trailer, perhaps over 100 times on YouTube, I cannot agree with my once-stubborn notions of the movies. I am as excited for this last (or second to last if you want to get literal about it) movie as I was the night I attended the Deathly Hallows midnight book release party at Barnes and Noble on July 21, 2007.

The movies are mediocre. The first two movies were mellow, never seeming to portray the haunting and bewitchingly magical side of Harry Potter and only stuck to key points of the books. Now don’t get me wrong. The screenplay writers didn’t do anything wrong for sticking to the basics of the books, but the very difficult questions that the screenplay writers ask themselves are: What do you leave in and take out? What do you add in to make the movies appealing to both avid readers and non-readers?

To the questions stated above, the most a screenplay writer can do is to sadly guess, especially since the series had not been completed then. There could have been details omitted by the screenplay writers that were vital in the future movies/books. I basically grew up with Harry Potter and was trained to love it forever and ever because my sister used to read aloud and quizzed the books to 10-year-old me every night before I went to sleep.

Because of this, I hated how the movies ignored the personal touches that made the Harry Potter books enjoyable and unique. Where were all of Peeve’s cackling taunts and pranks? Why did I not see and get a sizable dosage of the dynamic duo, Fred and George Weasley’s jokes? For goodness sakes, I did not sign up for the movies to see Harry merely caught in wimpy, wriggling vines in the maze of the Triwizard Tournament.

The little details would make the movies significantly more lovable. When I discovered on my favorite Harry Potter web site, MuggleNet, posted that the seventh movie is split into two parts, I was overjoyed. I expected before even seeing the trailer that they would include all the beautiful details of the seventh movie and make it the best Harry Potter movie hands-down. I don’t really care if the idea of splitting the movie into two was to rake in more money because now I know at least the last taste of Harry Potter I can experience will be sweet.

The seventh movie seems to be significantly better than its predecessors. When watching the Part One trailer, I noticed the trailer includes the breaking of the barrier of the Hogwarts castle, protecting the school from Death Eaters. It also has Harry and Hermione riding with a goblin when they attempt to steal the Hufflepuff Cup, one of the Horcruxes from Gringrotts bank. The trailer also includes fabulous and epic duels between Voldemort and Harry, one when Voldemort “kills” Harry and one where Harry comes back from the “dead” and has his wand clashing against the wand of Voldemorts.

I thought the trailer was visually mind-blowing because it not only had the minor details, but also magnified the heroism and climax of the important parts of the book like the battles.

So mark your calendars for the Deathly Hallows Part One movie premiere on Thursday, Nov. 19, at midnight. I really would attend, fully dressed as one of the characters, but I have marching band championships that week. I will be avoiding all social connections in the meantime until I get my hands on some popcorn and a seat to the movie.