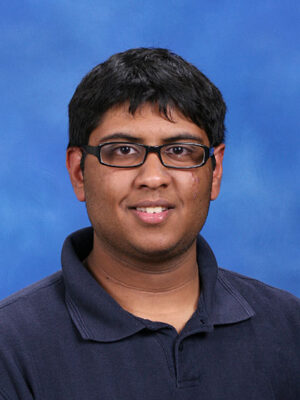 Conducting post-game interviews with players, running into former center and current Sharks development coach Mike Ricci (twice!) and receiving an inspirational speech from radio play-by-play voice Dan Rusanowsky comprised the stuff of dreams for an avid Sharks fan like me. That is, of course, until all of those seemingly impossible products of a teal-tinted imagination came to fruition on Nov. 10.

Conducting post-game interviews with players, running into former center and current Sharks development coach Mike Ricci (twice!) and receiving an inspirational speech from radio play-by-play voice Dan Rusanowsky comprised the stuff of dreams for an avid Sharks fan like me. That is, of course, until all of those seemingly impossible products of a teal-tinted imagination came to fruition on Nov. 10.

When journalism adviser Mike Tyler informed me of the opportunity to have a behind-the-scenes look at the San Jose Sharks’ hockey operations as a part of the annual Sharks High School Writers Day, I jumped at the chance. I not only got to watch a Sharks game free but to have the ability to slam former San Jose captain Patrick Marleau in my response to the essay prompt for applying to the program. With Marleau having reached the 20-goal plateau for an amazing ninth-straight season last week, it’s clear that the Writers Day coordinators shared my essay with the ex-captain as a way of motivating him.

After arriving at the Tank, six other Bay Area students and I sat down at a roundtable along with Rusanowsky, who told how he broke into radio by initially calling games for his college’s hockey team and subsequently the American Hockey League before landing a coveted NHL job when the league expanded to the Bay Area. Then, San Jose Mercury News Sharks beat writer David Pollak came in to discuss his day-to-day activities as the only reporter covering the team full time. Regaling us with stories of his less-than-friendly encounters with the likes of former Sharks captain Owen Nolan and former coach Darryl Sutter hours after his firing, Pollak’s accounts of his journalistic endeavors were enthralling. Following a slight detour to the press box cafeteria for a free meal, we made our way up into the HP Pavilion rafters and braved the catwalk, clutching onto the railings as we dangled precariously above the 17,562 in attendance for the Tuesday night contest between the Predators and Sharks.

Immediately after a riveting 4-3 Sharks victory that came down to a Dan Boyle tie-breaking goal scored with less than a minute remaining in the third period, the entrée of the event took place. We were ushered by the event supervisors to a holding area just outside the Sharks locker room. And then came the moment I as a lifelong Sharks fan had been waiting for years to experience: a one-on-one conversation with a Sharks player.

Granted, it was with six of my peers and the questions were asked in rapid-fire succession so each person was only granted one query, but it was memorable all the same. Rookie defenseman Jason Demers and veteran center Manny Malhotra both were available to us for questioning. Demers took pride in answering my question about how he emerged from relative anonymity to play a key role on the team’s somewhat thin blueline, recalling how he all but expected to be sent down to the team’s minor league affiliate following training camp but experienced the hefty payoff of being named to the roster after giving it his all during camp. Afterwards, Malhotra responded to my inquiry about how his Indian-American heritage, a demographic largely unrepresented in North American professional sports, has affected his career. He admitted that while growing up in the culturally diverse city of Toronto taught him to look beyond race, he has come to embrace his status as the paragon of Indian-American athletic prowess.

Despite some minor setbacks (we sat on the catwalk to watch the game since the actual press box was full), the event was one of the better nights of my life and somewhat rekindled the obsessive Sharks fanboy within me that had waned with the team’s consistently disappointing playoff performances. I have no doubt that when I’m old, senile and living in a retirement home (by which time the Sharks will obviously have won 26 Stanley Cup Championships with everyone from Joe Thornton to Kent Huskins etched in the Hall of Fame) I’ll relate to a group of visiting Boy Scouts the night when I was a Sharks insider.