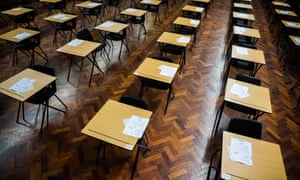 In hopes of making the application process for high schoolers less stressful during this crisis, colleges have called for more flexible evaluations

In a public report on April 1, 2020, the University of California system announced that for the fall 2020 application cycle it will eliminate SAT/ACT scores and letter grade transcripts. The choice has caused various other institutions to follow suit, reigniting debates about whether standardized tests should be required at all.

This decision came in the wake of the cancellation of the March, May and June SAT and ACT exams. Currently, they are postponed until August, when the College Board and ACT will re-evaluate whether it is safe to conduct standardized testing based on the COVID-19 situation.

For many juniors who were planning to take the SAT or ACT, the cancellation means they will be unable to take the test before college applications open.

Junior Jessie Zhou said that the change in admission policy was understandable.

“It was unfortunate because I spent a lot of time and effort preparing for the SAT, but it’s definitely a fair decision because testing centers have been shut down and [the Class of 2021] might not have access to any more exams.”

In addition, the UC system is no longer requiring letter grade transcripts for the second semester of the 2019-2020 school year and will accept pass/fail grading in an attempt to accommodate  various online education systems. Additionally, the admissions office will also no longer rescind students who are missing official final transcripts.

This move was approved by the UC Board of Regents, who have called for maximum flexibility in evaluating students.

“The COVID-19 outbreak is a disaster of historic proportions disrupting every aspect of our lives, including education for high school students, among others,” UC President Janet Napolitano said in a statement. “The University’s flexibility at this crucial time will ensure prospective students aiming for UC get a full and fair shot — no matter their current challenges.”

Dozens of other colleges have followed suit, such as Tufts University, which has suspended ACT and SAT requirements for three years, and Boston University, Caltech, Columbia and Oregon State University, which suspended them for next year. Of the Ivy league colleges, Cornell and Harvard have both waived requirements, but Stanford and the others have yet to make a decision.

According to a list from the National Center for Fair and Open Testing, over 1,000 universities have dropped the ACT and SAT for the fall 2020 admission cycle as of April 26., relevant mostly to current high school juniors.

Junior Isaiah Chung said this shift in requirements suggests an unique screening of individuals applying to college this year.

“It's going to make next year either more of a lottery, or the first ever true holistic viewing,” Chung said.

Case Western Reserve University in Cleveland was one of the earliest schools to use the coronavirus as a catalyst for change. In an interview conducted by NPR, enrollment officer Rick Bischoff explained that the university had already started discussions about going test-optional but planned on making the final decision late 2021, and that the coronavirus outbreak moved the decision up.

“Understanding how much turmoil this is injecting into the process, it's just so clearly, in our view, the right thing to do,” Bischoff said.

The task force within the UC System, formed in February of 2019 and consisting of 17 professors from UC campuses, has raised questions concerning whether the tests accurately predict success and whether the tests are skewed against students in low-income families. According to an article by Inside Higher Ed, the lowest average scores for each part of the SAT come from students in households making less than $20,000 annually, whereas the highest average scores come from those with more than $200,000 in family income.

UC Regents vice chair Cecilia Estolano called the SAT a “clearly flawed methodology that has a discriminatory impact,” and has urged removing standardized testing as an application requirement.

For guidance counselor Alinna Satake, the changes in this year’s college application evaluation process may set new precedents for future students and force colleges across the nation to reconsider their requirements.

“I’ve never been a proponent for standardized testing. I think standardized testing is a misnomer because it's not standardized in its access,” Satake said. “It isn’t equitable to compare all students against the same test, when some students have time and money to take prep classes while a student from a very urban area might be struggling with far more things than the SAT.”

What Satake finds interesting is that as a result of the waiving of GPA and SAT requirements, students will be forced to “make a more meaningful use of other parts of the application,” commenting that “it’ll be interesting and eye-opening to see how much removing testing levels the playing field.”