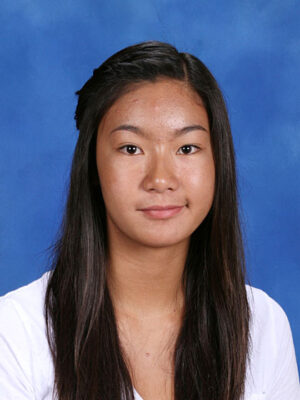 For the past decade, I've been swimming two hours a day, six days a week and 11 months a year with DACA (De Anza Cupertino Aquatics) up until roughly two months ago. Am I crazy for that? Possibly. Since then, I put club swimming on the back burner for a couple of months and started practicing exclusively with the school team. It's been ... different.

For the past decade, I’ve been swimming two hours a day, six days a week and 11 months a year with DACA (De Anza Cupertino Aquatics) up until roughly two months ago. Am I crazy for that? Possibly. Since then, I put club swimming on the back burner for a couple of months and started practicing exclusively with the school team. It’s been … different.

Changing teams has ultimately allowed me to appreciate my memories of club swimming, and I also have a greater appreciation for all that it has done for me. DACA trained me to be fluent in the swimming language and familiar with the culture since I was 6. There is no way I would be on the varsity team if I had not been part of the club team.

My memories from my decade with DACA are endless, ranging from breakfast at Hobee’s after morning practices and Coach Carol’s group skit. But perhaps more importantly, DACA has pushed me to realize my true swimming potential over the years, and I truly appreciate all the coaches who have guided me along the way. The never-ending hours of excruciating practices that I constantly complained about drove me to become the swimmer I am today. Personally, I don’t know how coaches can put up with all our groaning.

Current varsity swimming coach Christian Bonner also coached me briefly at DACA all the way back when I was 10. When it came to joining the high school swim team, the fact that I already knew the coach made the transition much smoother. It was comforting to see that the workouts were not too different from the club practices I grew up with.

Simple things we do during school practices are a piece of cake to me, like days when we practice flip turns. I haven’t had to practice turns since … elementary school.

But, most definitely, the toughest part of switching teams was meeting my new teammates.

Last year, it was hard enough to get to know people on the team as a freshman. I also practiced entirely with my club team, spending only a measly three hours with the school team whenever a meet came around. Even then, I spent most of that time with buddies I already knew from DACA.

But this season, I was determined to make the most of my non-club swimming. I wanted to feel like I was actually a part of the Toga team. In the two short months I spent with the school team, I gained experiences that I would have missed out on if I still swam with DACA. The “jammer boys” grew up and donned Speedos for the first time in their lives. Ms. Thomson’s birthday cake got consumed by starved, chlorine-dripping savages. Sophomore Mac Hyde, the boy who claims to know everything about this school since he practically grew up here, managed to trap himself in the storage room.

Swimming is probably the only high school sport where athletes on the same team may not know anything about each other. No matter how hard we try to bridge that gap between club and school swimmers, it will still be there. And having jumped from one side to the other, I know the two are actually not that different.

At meets I can be seen with my DACA parka draped over my shoulders but my Toga cap clutched in one hand. While sometimes I hang out with Toga swimmers (who aren’t DACA swimmers), I also join the DACA swimmers (who aren’t Toga swimmers) and my fellow cross-overs. I know I’ll always have a bit of both teams in my swimming memories. I still miss my DACA roots and teammates, but in a way, I guess change is good.