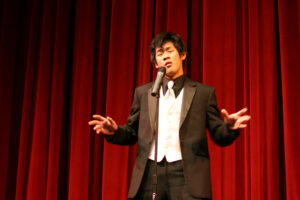 To avoid the controversy over judging in recent years, juniors who are organizing the Saratoga Idol singing competition are having judges use a rubric to score contestants. Auditions took place Feb. 24 and 25 in the McAfee Center.

“Last year, some people complained that the judging wasn’t fair,” said president Anika Jhalani said. “With rubrics, it will be a fair grading system.”

In addition to a new judging system, instead of only having three junior class officers judging the preliminary round, the junior class had APUSH and history in film teacher Kim Anzalone help pick contestants for the final round.

Another change the current junior class has made is barring the competitors’ families from voting at the show. Instead, students attending Saratoga Idol have to bring ID cards in order to get a ticket to vote.

Proceeds from Saratoga Idol go straight to junior class funds, 20 percent of which the class is donating to Make-a-Wish Foundation.