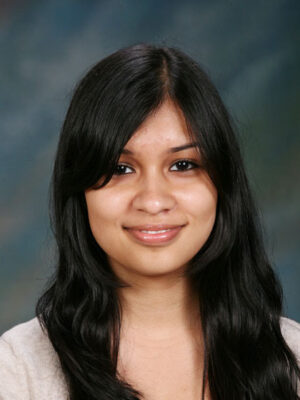 It’s the beginning of the end. After a decade of heated duels, audacious rule-breaking and the ultimate struggle between love and hate, Harry Potter’s adventure finally is coming to a close.

It’s the beginning of the end. After a decade of heated duels, audacious rule-breaking and the ultimate struggle between love and hate, Harry Potter’s adventure finally is coming to a close.

The early hours of Nov. 19 were bittersweet to Potter’s faithful fans, marking the end of a world that has been with them for 10 years. I’ve been glued to Harry Potter since I started elementary school, but it only just dawned on me that I’ve been a part of the Potterverse for more than half of my life.

The midnight release of “Harry Potter and the Deathly Hallows Part One” fell on a Thursday night, crushing the dreams of countless fans whose parents wouldn’t allow them to stay out until 3 a.m. on a school night. Although I had a test to take and an in-class essay to write on Friday morning, my parents knew that I wasn’t about to let anything ruin the magic of the final Harry Potter. Dressed in all of our Hogwarts gear and equipped with enough food and supplies to last about a week on the run from Voldemort, my friends and I arrived at the theater at 6 p.m.

All of the lines to enter the theaters at AMC 16 were already over 30 feet long. By 7:30, the whole lobby was flooded with Potterheads.

“People wrapped around pretty much the entire [AMC Mercado] theater,” said junior Penny Burgess. “It was freezing outside, so everyone was completely bundled up in sweaters and scarves and hats. Some people even brought tents, and beach chairs or blankets.”

Burgess offered cupcakes to her fellow fans in line, but was politely declined until people realized that they were Dark-Mark cupcakes, which brought about an enthusiastic change of heart.

Burgess also met a woman in line who had read Rowling’s books in her high school years.

“It was so cool to see all sorts of different people from different generations coming together over one common love of Harry Potter!” said Burgess.

“Harry Potter and the Deathly Hallows: Part One” was deemed to be definite success by the thousands of fans who saw it on opening night, myself included. Compared to its predecessors, this movie included much more of the series’ original storyline, sometimes taking dialogue directly out of the book. The movie’s highlights include an impressive animation sequence, an impromptu dance between Harry and Hermione, and various word-for-word exchanges.

Dividing the seventh book into two films turned out to be a positive marketing decision. In addition to increasing profits, the split allows more time for the intricate story to unfold, rather than unceremoniously smashing it into less than three hours and cutting out integral plot twists, like the sixth movie.

Extra bits of comedy helped to lighten the mood, in addition to a fair amount of heart-wrenching puppy-dog looks in Hermione’s direction from Ron. If you aren’t distracted by Emma Watson’s constantly twitching eyebrows, you’ll also find that she is no longer the annoying little girl from the older movies. Critics have proclaimed this movie to display some of the trio’s best acting, finally showing their abilities as 20-something adults rather than as inexperienced children.

Sophomore Jackie Gu, a steadfast Potter fan, agonized for weeks until her parents decided to let her attend the midnight premiere.

The best part about going to a midnight release is that “the atmosphere is different from any other showing,” according to Gu. “The crowd’s reactions were what made the whole experience memorable, because I could relate to every sigh, gasp, and cheer.”

Although the movie loses some of its charm the second time around, I’ll still probably see it a few more times. There was no satisfying wrap-up of Harry’s journey since it stops mid-story, but the movie’s ending will leave viewers waiting for the final installment of the series on the edge of their seats. “Harry Potter and the Deathly Hallows: Part One” can easily be seen as the most successful movie of the franchise so far, but will hopefully be surpassed in late July when Part Two is released. The hunt has begun, but fans have a whole eight months to speculate, analyze and hold back tears until it ends.