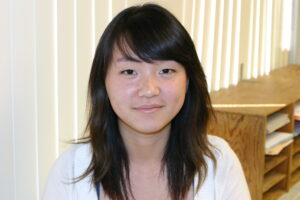 There seems to be a trend among the YouTube community of people starting their own daily video blogs, or "vlogs" for short. These intriguing videos are snapshots of many popular YouTube stars' lives, which create a vortex that I've been trapped in.

There seems to be a trend among the YouTube community of people starting their own daily video blogs, or “vlogs” for short. These intriguing videos are snapshots of many popular YouTube stars’ lives, which create a vortex that I’ve been trapped in.

I’ve been religiously watching these vlogs of people like the Shaytards, CTFxC, Breaking NYC and peron75 to name just a few, for about half a year. I pride myself in knowing their children’s names, their dogs and their schedule…kind of creepy, I know. But the thing is, I don’t feel like a complete stalker while watching these videos because of the way the YouTube stars speak to the watchers. They ask for suggestions on baby names, pranks to pull and even what they should do in their next video. It has become such a normal part of my life, like catching up with old friends via YouTube.

But I’ve analyzed what makes these vlogs so appealing to over 100,000 YouTube users like me. There’s an orderliness to the plain lifestyles of these YouTube stars. I’m sometimes amazed that these people who attract hundreds of thousands of subscribers lead such normal lives. It’s like watching a “behind the scenes” show where I get to see their real lives and their personalities. For example, I’ve watched the Shaytards, an idiosyncratic family living in Los Angeles with a hilarious bearded father, warm-hearted mom and three adorable kids. I’ve watched them long enough to know certain things about each child.

OK, yes, it’s weird, but trust me, this is the side effect of watching these videos. Sontard can break into dance moves anywhere, Princesstard acts crazy, just like her dad, and Babytard is the cutest thing ever. I sound just like their grandmother. But this is what the videos do to you! I become adopted by these people and I feel as if I’m part of their lives. When Charles and Alli from CTFxC got engaged, I cried with them. When I saw Phil from PhillipDeFranco and his new puppies, I just about died from an overdose of adorableness. When I saw Shane Dawson hit a million subscribers, I was so happy for him.

My obsession sometimes goes too far. Once, when I was over at a friend’s house, I decided to just browse through her computer. When she came into the room, I was somehow already logged into YouTube and was watching another vlog. She would give me a weird look when I tried to explain the inside jokes and what they were doing. Then she pried the computer off my hands. Now she’s not the only one I’ve tried to convert to a vlog addict. Just about all my friends don’t know or don’t care about the daily lives of these YouTube entertainers.

Although these videos eat up about an hour of my life each day, I see no harm in it, or at least, not yet. I’ve been trying to inspire my friends to join me in watching these addictive videos. Until they all join me, or no longer acknowledge my existence, I will be watching Charles and Alli get married, Ray from BreakingNYC get together with Tessa from meekakitty, and see the newest “tard” member grow up. Have no idea what I’m talking about? Ask me anything about those people. Really. Ask me anything.