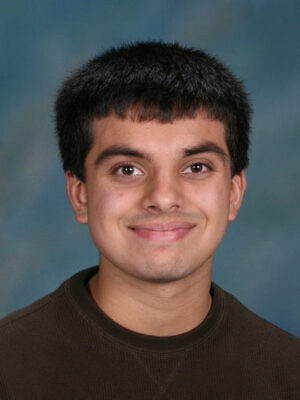 I had felt very avant garde the day I e-mailed Banksy, the graffiti artist who became an underground cult figure through his work in major metropoli and politically controversial areas. Droves of errant teenagers treat his anarchist graffitis more like shrines of congregation than vandalized walls.

I had felt very avant garde the day I e-mailed Banksy, the graffiti artist who became an underground cult figure through his work in major metropoli and politically controversial areas. Droves of errant teenagers treat his anarchist graffitis more like shrines of congregation than vandalized walls.

Everything about the e-mail was obnoxiously hip: the obscure ‘80s font that I had meticulously chosen from thousands available on Google. The fact that I had signed off not with a “Sincerely yours, Anoop Galivanche” but rather with a very frank and very ironic “—A”; and even the time that I sent the e-mail—3:17 a.m. on Thanksgiving. I wanted to relay to Banksy that I didn’t celebrate Thanksgiving in the hope that it would be a commonality between us—he’s British.

Yet, in spite of the calculated safeguards I had put in place, I knew that Banksy received e-mails like mine every day from similarly misguided would-be delinquents who contented themselves by planning revolutions that would ultimately never be executed.

I e-mailed Banksy asking him to come to Saratoga and endow our mostly boring town with one of his marvelous creations. Granted, Saratoga probably isn’t a very Banksy-worthy venue. But then again, what is? Banksy has graffitied walls from Germany to the Gaza strip, Dehradun to Dublin, Toronto to Tobago. Would he find it in his heart, I asked, to come to Saratoga?

My obsession with Banksy began as many of my obsessions do, with an innocent Wikipedia search. In this particular search, I was attempting to plan a trip to Palestine that I would likely never go on. I take no sides in the Gaza conflict, but I do appreciate a good bowl of Palestinian hummus (which differs from its Israeli counterpart in that it is traditionally served with condiments like olive oil and pine nuts). Clicking on hyperlinked terms that looked promising led me to Banksy.

The only words that comes to mind when I see a Banksy piece are, unfortunately, unprintable. His subjects are spontaneous, his colors muted. He is a Picasso reincarnate, at once abstract and unpretentious. But many of his works do have a loose central theme: They are indubitably ironic.

In half of his graffitis, other graffiti artists are depicted graffiting. Unexpected? Not really. Brilliant? Yes. Banksy is also fond of other subjects, ranging from rats to homeless children.

One of these reporters, Simon Hattenfield, wrote of his difficulties in getting Banksy on the phone even after he had formally procured an interview. “I called his phone,
Hattenfield wrote, “and got a response…two weeks later.”

I just hope Banksy is better with e-mails.