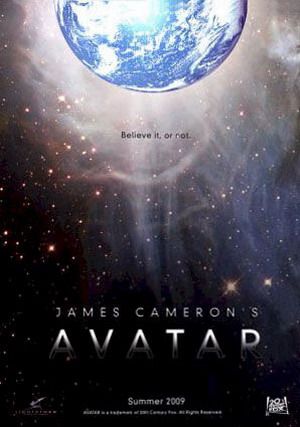 Avatar is the first film to gross more than $2 billion.

The recent release of the multi-billion dollar movie “Avatar” has become the highest grossing movie of all time but it has also sparked controversy from varied interest groups around the globe.

The blue men with golden stripes. The lush, beautiful, and green environment. It seems like the Na’vi’s world in the movie is a paradise to be envied—especially since here on Earth, the innocent world is under fire for about every controversy there could be about a movie.

It seems as if every group from the Marines to the Vatican has some problem with the sci-fi thriller, either because they themselves were represented wrongly or because they weren’t represented at all. Every movie shows stereotypes and gets some amount of criticism but it almost seems like all of these representational groups are lining up to take shots at “Avatar.” Isn’t it a little bit much to ask to fit every single type of person into a single movie, no matter how long it is?

Even if only one of these groups were correct about the reason for their dislike of the movie, it’s overly paranoid to suspect evil designs to offend each of the many indignant associations. Either writer and director James Cameron is as heinous a villain as his own Colonel Miles Quaritch, or just a regular person who wanted to create an awesome sci-fi movie and ended up with a complaint-riddled mess.

“Avatar” has even attracted criticism from the Vatican’s newspaper L’Osservatore Romano for promoting the worship of nature and thus being anti-Christ. While the Vatican has a right to dislike the movie, many other movies have also portrayed the worship of nature but have not been subjected to such scrutiny and pressure as “Avatar.” The Vatican is simply being intolerant of a movie, and rather than viewing it as a regular movie, it is actually seeing it as a threat to their faith. This will only deepen dislike for them, because they are being irrationally intolerant to an innocuous depiction of nature-loving religion.

In China, the government has banned “Avatar” from 1,600 cinemas due to fear of popular revolt, since the movie deals with overthrowing authority figures. Rather than merely taking it off the Chinese silver screens, the government has instead decided to replace it with the more historically relevant biographical production about Confucius, which, while staying a respectable distance from themes like rebellion, is also a homespun Chinese production. It seems unlikely that a single movie would create a revolt, and yet the government has decided that the movie is a threat to security.

The movie has even been dubbed racist by some people because the plot of the movie consists of a white man saving a native race.

But “Avatar’s” problems don’t stop there. Excluding all racial allegations, the plot of the movie has also been put under fire. Cameron has been accused of stealing the story of the blue-skinned Na’Vi
from “Call Me Joe” by Poul Anderson to the Disney story of “Pocahantas.”

Amidst all the controversy, Cameron says the real theme is about respecting others’ differences. Whether or not this is actually true, viewers should just enjoy the movie without trying to look for problems that aren’t there. So relax, turn off your cellphones, and enjoy — because, after all, it is just a movie.