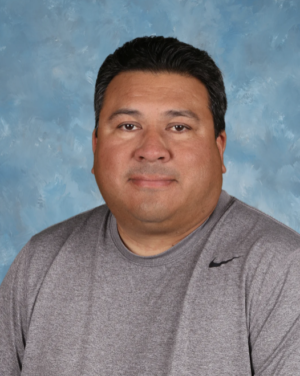 While a October day in a regular year would entail going to the weight room with his P.E. classes, talking to college recruiters and coaching football on the upper field at 4 p.m., athletics director and P.E. teacher Tim Lugo has adopted a much more behind-the-scenes role compared to previous years in this far-from-normal year.

Lugo’s main responsibilities this year include serving on the district-wide Athletics Director Advisory Committee, which is in charge of implementing effective athletic policies and procedures, writing guidelines for athletes coming back on campus and tracking COVID-19 statistics to help decide the best path forward for the athletic department.

While season one sports are still set to start on Dec. 14 with games planned for January, college recruiting has changed significantly. The National Collegiate Athletic Association (NCAA) has pushed the sports contact period to Jan. 1, meaning schools can’t reach out to athletes until then. Because of this, Lugo has been able to spend less time helping athletes with recruitment this semester.

When January arrives, Lugo’s attention will shift to contacting recruiters and helping athletes through the college admissions process. In the meantime, he has focused on spending time with the athletes, going to athletics director meetings and teaching his P.E. classes.

Lugo has been attending district meetings for a while, but due to the pandemic the focus of meetings has shifted more to how athletics will function in the winter and spring. Lugo reviews the current coronavirus statistics and talks to district leaders to see what sports and in what forms they should occur. Right now, the district is confident that outdoor sports will happen but are still uneasy about indoor sports.

Lugo said he has struggled with teaching his P.E. classes because he cannot form significant connections with students over Zoom. Although he can show exercises and critique techniques quite easily, he misses the communication and trust that comes from holding classes in-person.

“I wish I could see them and get to really know them,” Lugo said. “I don’t know their interests away from school, and not knowing what kids do or what things they’re involved in makes it really difficult.”

Lugo said he respects the work ethic of his sixth period P.E. class, but because of virtual learning, he has not gotten to know them personally.

According to Lugo, this lack of teacher-student relationships is one of the main reasons that many students are struggling with online learning.

Lugo still interacts with students on a regular basis — as the head coach of the football team, he monitors the team’s on-campus workouts three times a week. Still, compared to previous years, he is not as active as a coach.

Instead, he has shifted focus from coaching to the future of the athletics department and figuring out how to bring back athletes for practices and workouts. These guidelines, written with Los Gatos High School athletics director Ken Perrotti, have also been used by other schools in the Bay Area.

Virtual learning has reinforced for Lugo how much he loves the multiple parts of his normal jobs. Before the pandemic, Lugo was debating whether he wanted to go into administrative work, but being away from students has shown him that his true passion lies in working directly with students.

“The biggest thing I’ve learned during all this is how much I love what I do, mainly because I can't do it right now,” he said.