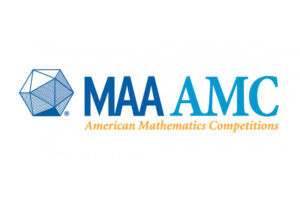 The 39 AIME qualifiers represent more than half of the 77 students who took the American Mathematics Competition (AMC) test on Feb. 4 and Feb. 10.

The AMC was hosted on Art of Problem Solving’s website and administered by Chinese teacher Sara Tseng over Zoom, with parents also proctoring their own kids at home.

“I think the competition went more smoothly than I anticipated, although there were some small hiccups,”  said  senior Rohan Kumar, the Math Club’s president. “However, we did have students show their workspace over Zoom, so I'm not too worried about cheating from SHS students.”

Though the exam needed to be taken by all students on the same day, it was open throughout the day, which meant that some students in regions of the world were able to take the test before others. According to Kumar, many participants suspected that at least some cheating took place when early test takers would send questions to later test takers in a different time zone. In fact, the answers for the first AMC were leaked ahead of the exam on the homework help website Chegg.

Those who have a high enough combined AMC and AIME score will be eligible for the USA Junior Math Olympiad (USAJMO) or the USA Math Olympiad (USAMO). Those who score high in the USAMO or USAJMO are invited to the Mathematical Olympiad Program (MOP), a summer program hosted by the US national mathematics team.