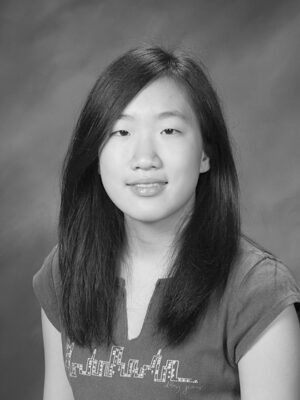 When seniors Angela Chiang and Jessica Ye met in fourth grade at Argonaut Elementary School, they found they had a lot common. They were both the same height and shared a love for mystery books. Nine years later, the close friends share the honor of being selected as valedictorian and salutatorian, respectively, for the class of 2008.

Chiang and Ye often encouraged each other to do their best.

In addition to having taken nine AP classes over the past four years, Chiang participates in several extracurricular activities. She is a speech and debate captain and an editor-in-chief for The Saratoga Falcon, but she said being chosen as valedictorian was not one of her goals.

“It wasn’t as if I was working with the goal of being valedictorian in mind, but I’m ecstatic,” said Chiang.

Chiang and Ye were selected since they held the highest GPAs in the grade. If multiple students were to have extremely close GPAs, more than one would be selected, according to assistant principal Gail Wasserman.

“I was really in shock because I never expected it,” sad Ye, who preferred to take classes that she enjoyed, rather than maximizing her GPA.

“I was taking classes that I thought I would achieve well in. I never felt it was right to boost your GPA by taking AP classes,” said Ye.

Ye is a member of the school band as well as the Color Guard and Winter Guard. She has also played piano and taken art lessons for many years.
Chiang plans to attend Stanford University; Ye is still undecided about which college she will attend.

“There’s no need for students to take classes based on honors or AP credit,” said Chiang. “SHS has incredible programs, like band and drama and of course, journalism. By taking them, people may miss out on the opportunity to tack on and extra point to their GPA, but they’ll miss out on even greater opportunities and learning experiences otherwise.”