When some students think of California Standardized Tesing, or STAR tests, they immediately think it is an opportunity to kick back and bubble in random answers because these scores do not technically affect their college admissions. This year, however, the school aimed to change student attitudes.

Criminals and literary geniuses usually have nothing in common. These two entities, however, constitute the persona of 1998 alumnus Matt Hahn. Hahn has led a life of poor decisions and frequent law breaking, but he was also able to create a highly inspirational work on the American Idea that was published in Saratoga High’s 2007-2008 Soundings literary magazine.

“It was abnormal; it doesn’t fit the bill for usual stories,” said Soundings coordinator Mike Tyler.

For many students, attending a four-year college is the epitome of education. For alumnus Michael Nguyen, however, it just wasn’t enough. Nguyen, currently a freshman at UC San Diego, has decided to take on a greater project during his high school career in order to benefit orphans in Tanzania.

Three 1993 alumni, Steve Adams, Zach Gill and Dan Lebowitz, formed Animal Liberation Orchestra (ALO) when they were students in Redwood Middle School. Since then, they have come as far as a record label and a Song of the Year nomination for their song Maria for the Jammy Awards, a play on the popular Grammy awards show.

In an effort to raise student awareness for the benefits of driving a hybrid car, the Events Commission held the annual Hybrid Faire in the quad on April 30. Head Commissioner Hayes Hyde, who organized the event last ear, worked with the rest of the Events Commission to bring the Hybrid Faire back for its second year. The Faire shows how students can maintain the environment’s health while also saving money on gas.

In recent weeks, Southeast Asia has been rocked by two calamitous natural disasters. A 7.9 magnitude earthquake struck Chengdu, the capital of the Sichuan province of China, on May 12, toppling buildings and schools throughout the province and even shaking buildings in Beijing 932 miles away. To date, experts estimate that the earthquake has killed 55,000 people. Meanwhile, just eight days before, a cyclone struck Myanmar, previously known as Burma. Reports have the death toll nearing 134,000.

Another school year has come and gone, and students continue to fill up their schedules with various activities for the summer. Items vary from trips abroad to local jobs and, less and less surprisingly, academic summer classes.

Inevitably, summer classes are becoming a larger and more permanent part of high school life. For some, the purpose of taking summer courses is to reduce their workload during the school year. Others hope to gain more time for sports or other extracurricular activities.

With the end of the year approaching, many changes are being made in preparation for next year. These include the retirement of assistant principal Gail Wasserman, another English teacher being hired and Child Psychology teacher Jill McFarlen, World History teacher Chuck Newport and guidance office staff member Becky Allen retiring.

While most students were spending their recent weeks cramming for AP exams, studying for SATs and preparing for CCS qualifiers, four students were halfway around the world searching for a deeper understanding of their Jewish faith.

The students, seniors Gabe Essner, Nicole Sabes and Rachel Sabes and junior Hana Pruzansky joined 10,000 Jewish students across the globe in a life-changing two-week experience called March of the Living. They ventured to Poland and Israel on April 28 to witness the remnants of the Holocaust, and they came back with a stronger sense of identity. 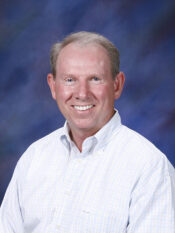