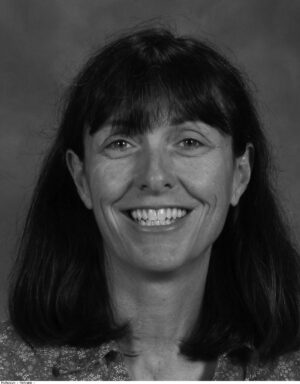 On April 19, in her room at the Sheraton Hotel in Boston, science teacher Kellyann Nicholson was preparing for what would perhaps become one of her greatest personal achievements: running in the legendary 26-mile Boston Marathon. But her plans were halted when Nicholson made a shocking revelation: She had forgotten to pack her favorite pair of running pants—they’re just big enough to fit food in the pockets, but tight enough so they don’t fall down.

Nicholson worried about how she was going to complete the marathon with her pants constantly falling down. Luckily, her sister was there to calm her down and come up with a solution to tighten the shorts so that they wouldn’t fall down. Three hours, 55 minutes and 43 seconds later, Nicholson crossed the finish line—thankfully, with her pants still on.

“I was really, really, really happy,” Nicholson said. “I don’t usually like competing because it makes me nervous, but this whole race was 26 miles of people from the town partying all the way down. Little kids were giving me candy and oranges and they would stick their hands out for a high-five.”

Nicholson, who has been running since high school cross country, never gave much thought to the Boston Marathon. After she ran the Silicon Valley Marathon, which goes through the Los Gatos creek trail, downtown and Los Gatos high school and then back again, Nicholson discovered that her finishing time qualified her to run the Boston Marathon, which for her age group is under four hours.

In then end, Nicholson’s students convinced her to run the marathon, saying it was “like getting into Harvard and not going.”

In the end Nicholson finished in 3:55:43 with an average pace of 9 minutes per mile, qualifying her to run the Boston Marathon again if she chooses to next year.

“I might run it again. I’m not sure,” said Nicholson. “Right now my knee hurts so bad, I’m not sure I’ll have a joint by this time next year.”