It’s three in the morning and a teenage girl is quietly reading a book on her bed. This teenage girl is me, Annie Lee. Seriously. I usually don’t have a knack for reading. Okay I’ll be honest. I don’t like to read at all, but this book really had me “edge of the seat” excited: My Sister’s Keeper by Jodi Picoult.

The Summer Olympics and world politics aren’t supposed to mix, but inevitably do. As Beijing prepares to host the 2008 Olympic Games and circulates the vaunted Olympic torch around the globe, controversy percolates and protesters strike, as observed in San Francisco where rabid opponents of Chinese foreign policy assembled to express their disapproval of the torch’s significance.

School rallies are often the highlight of a student’s week: the loud music, crazy dances and home-made costumes add some spirit to a stressful time. And yet, SHS rallies don’t always live up to their potential.

These days, however, such a scene is far less common. Saratoga teens have less to fear from sheriff’s, deputies, and local police, some of whom no longer penalize underage drinking at parties. Without the previous repercussions of breaking the law by consuming alcohol, students are often allowed to drive home intoxicated, jeopardizing their safety.

read more »
California should reverse proposed cuts to education
May 30, 2008 — by Brittany Judoprasetijo

For as long as many people can remember, California has been suffering a gaping budget crisis. With each year building up more debt, Gov. Schwarzenegger estimates that this year’s deficit has grown to $16 billion. The governor has proposed cuts to different areas to help alleviate the strain. Parents of students enrolled in the University of California school system are gearing up for increased tuitions for the 08-09 school year.

Here’s something that should surprise no one: Time and time again underclassmen go off campus, either by walking or driving, during lunch or free periods. Whether it’s for a Starbucks run or a quick stop at home, sophomores and freshmen frequently leave campus and rarely get caught—yet the rules are still, on occasion, enforced with harsh punishments. If these efforts to restrict students are futile, then why be so strict on such a trivial issue?

Akash Maharaj enrolled at Yale University in 2007. One year and a $32,000 scholarship later, the college found his application to be entirely false; Maharaj had not only lied about his previous educational background, but he had also forged his grade point average and transcripts. Although not all the information was published, Maharaj had gotten into trouble with the school, and while checking through his transcripts they discovered that most of these transcripts were forged.

According to the New York Times, Maharaj is currently being threatened with expulsion from Yale University and will be on trial for larceny and forgery. Although his circumstance may be an extreme example of the results of extensive academic pressure, the trend of exaggerating upon college applications is a growing problem among students. Applicants often feel the need to exaggerate accomplishments because they believe their real achievements do not hold enough merit. 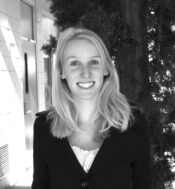 I have a love-hate relationship with anime. I binge-watch anime, Japanese animation, to the point where I can consume a 30 episode series in a week – that’s about 20 hours of TV – and then spend the next three days in withdrawal, moping.

It’s hard for some people to understand this addiction. People eye me strangely when I rant about the amazing time I had at Fanime, a huge anime convention 10 months ago, and just muttering the word “cosplay” causes many to shudder in fright at the thought of massive groups of people dressed as the same character from a favorite show. And it’s because of these kinds of reactions that so many people, like myself, stay closet anime fans.