I will not be here for ‘Grey’s Anatomy’ Season 63

Warning: Spoilers ahead. I’ve watched all of “Grey’s Anatomy” seasons seven times. That’s right, I’ve spent a little over 2.5 months of my life watching Meredith Grey endure every traumatic event, date almost every guy at Seattle Grace and become a world-class surgeon. For anyone who hasn’t watched the show, here’s a quick summary: Surgeon […]

read more »
Paparazzi laws: a fine balance between the First Amendment and privacy

In 1997, Princess Diana’s driver sped away from an onslaught of paparazzi vehicles, eventually crashing the car and killing everyone in the car but her bodyguard.  In 2009, Italy’s self-described “King of Paparazzi” Fabrizio Corona was imprisoned for blackmailing several high-profile Italian celebrities by taking unflattering photos of them and “selling” them to the targets […]

Every Friday, a McNeilus garbage truck pulls into the back parking lot to empty gray recycling bins. In over three months, however, the waste in these bins — filled with too much garbage, not enough recyclables — have not been taken away. This is one of the major challenges the school faces in trying to […]

read more »
Under the magnifying glass: students with faculty and staff parents

Freshman Jay Louie spends nearly twice as much time at school than the average student. Louie arrives at school at 8 a.m. and does not leave until nearly 8 p.m. — not only because of volleyball team commitments, but also because of the busy schedule of principal Greg Louie — Jay’s father. From long school […]

Red and golden leaves, crisp air, coziness and an abundance of pumpkin spice aren’t the only things that make autumn my favorite season. Fall brings back a unique nostalgia because it is the season that welcomed me to the United States when I moved from India three years ago.  Having lived in India for the […]

read more »
Netflix original ‘Squid Game’ is a must watch

Currently topping U.S. charts and trending on social media platforms like TikTok, “Squid Game,” a new Korean original released by Netflix on Sept. 17, is a must watch nine-episode series that features popular Korean actors Gong Yoo and Jung Ho-yeon. The thriller drama follows the journey of a middle-age man in Seoul who joins a […]

When Baby Keem and Kendrick Lamar’s rap phrase, “top of the mornin’” leaked to the public on Sept. 9 with no context, fans went ballistic deciphering its seemingly meaningless point. Only one day later, Baby Keem dropped his sophomore album “The Melodic Blue,” blasting listeners with crazy, chaotic songs.  Baby Keem has garnered many fans […]

read more »
Students excited for the return of social activities 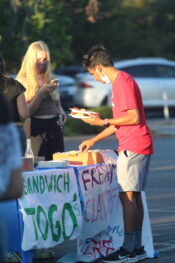 Senior Maya Cranz still remembers the day she performed during her sophomore Homecoming quad day in the fall of 2019, and the exhilaration she and her fellow dancers felt as countless weekends of hard work finally came together. “As someone who choreographed some of the dances, I finally got to see it recorded on SHSTV, […]

When struggling with a class or looking for test preparation support, students often turn to expensive testing centers like Mathnasium and Elite Prep for help. On average, students will spend between $25 to $80 an hour for private tutoring, with some high-end tutors costing upwards of $200 per hour, according to NBC news. In an […] 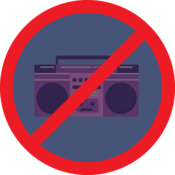 In early September, Discord users were greeted by a seemingly alarming notice: “​​To comply with a notice we received from YouTube — Rythm has ended its service. But don’t kick us out yet, this isn’t the end for us.” Discord is a convenient and accessible text, voice, and video service that allows users to communicate […]