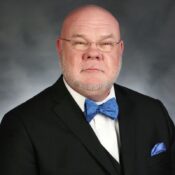 “When people see me, they see a bald white man, and they don’t know what’s under the bald white man,” new superintendent Bill Sanderson told The Falcon at the start of an interview. On July 5, Sanderson, who prefers to be addressed by his first name, Bill, became the new district superintendent following the health-related […]

Special education teacher Brian Elliott learned in June that his colleagues had voted him to be the Los Gatos-Saratoga Union High School District’s 2022 Teacher of the Year (TOTY). Colleagues noted his dedication to his students and excellence in all parts of his job — qualities that can be seen in a brief visit to […] 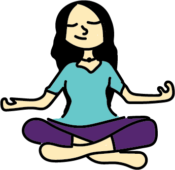 On recent Thursdays in the wellness center, staff members closed their eyes as lead therapist Shobha Vaidyanathan instructed them through deep, relaxing meditations. The sessions are breathwork and meditation workshops for teachers and administrators, also known as Thoughtful Thursdays. “We do a lot for the students here in the school, and I was thinking, ‘why […]

Students who walked into new history teacher Holly Royaltey’s World History and AP Gov/Econ classes in August received a surprise when handed their syllabus.  Rather than grading on a typical scale — where tests and homework have different weightings — they learned that Royaltey uses emoticons ranging from a red button indicating an assignment is […]

When sophomore Hillary Gonzalez was 11, her interest in running blossomed after joining her middle school cross country team under the support of her family. She believes running would not bring the joy it does now without her dad Sergio Gonzalez’s constant motivation since the beginning of her athletic journey. “I have a very vivid […]

As the bell rings at the end of a school day, students flood out of their classrooms, talking and laughing. For those looking to socialize with friends, there are a variety of places to relax after school, including parts of the school itself, Saratoga downtown and the Westgate Mall. With the start of the basketball […]

Entering any Media Arts Program (MAP) history class some days, visitors can see students doing simulations that include donning a tuxedo to give a speech exhorting others to vote their political party or dressing as lawyers, witnesses and jury members, all taking notes on opening statements and witness cross-examinations. Whilte these activities also happen in […]

read more »
Around campus, leaders are selected through strong peer and teacher relationships

As junior orchestra lead manager Tejas Tirthapura rushed around the music office grabbing music sheets to ensure that the school orchestra had a successful afternoon rehearsal, he ran through the duties he’d assigned to the other managers the night before, such as setting up the number of chairs and stands needed for each ensemble. Tirthapura […]