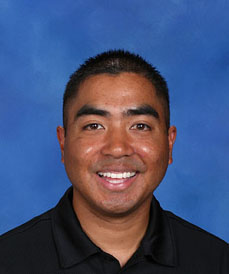 At the end of each school year, every member of the symphonic bands receives an envelope from music teacher John Zarco. Inside every envelope is a hand-written letter filled with student-specific memories, wishes of good luck for the future and a heartfelt “thank you” for being in band.

With so many students, not one of which is forgotten, the process undoubtedly takes hours and never fails to leave an impression on all those who receive a letter. However, Saratoga students will not be receiving these heart-warming letters from Zarco after this year.

After three years of drilling the marching band, conducting the Jazz bands and teaching the two band periods, Zarco will be leaving Saratoga for Minneapolis to pursue a PhD in music education and conducting.

“I’m gearing myself toward university teaching,” said Zarco. “You can’t really teach at a university now a days unless you have a PhD or a doctorate. That’s something I want to do and that’s probably what I’ll do afterwards.”

Zarco’s departure was not a surprise for the music department.

“Well, we knew that Mr. Zarco is a very talented man,” said fellow band director Michael Boitz. “We always kind of knew that there would come a time when he would be presented with opportunities and that his ultimate goal would be to serve our profession in higher education so I guess I knew about it a little bit before the students and parents. I kind of went through the grieving process a little earlier than everyone else.”

The three-year PhD program at the University of Minnesota is very selective, with only two to five openings at any given time. Zarco was one of two applicants selected this year. Though thrilling, it means that he will need to leave his current job at Saratoga.

“It’s a bittersweet emotion because I’m really thrilled for him and our profession because he’s really good at what he does,” said Boitz. “I think he’s just touching the tip of the iceberg with what kind of life he’s going to breathe into our profession but the bitter part is that we’ve become very close in the three years and, to me, he’s like a brother.”

In order to give the administration plenty of time to find a new instructor, Zarco made sure to notify the music department as soon as possible about his decision.

“Mr. Zarco is involved with the selection process as well,” said Boitz. “We’re interviewing at the end of the month as we’ve narrowed it down to a large pool of candidates and [from there] we’ll be bringing in the top candidates to [set them in a] rehearsal setting with the second period wind ensemble students.”

Although Zarco is leaving the school, he is sure that the future for music in Saratoga remains bright.

“All the good things that were happening before I got here and while I was here are going to continue to go on again because this is just a good place for music and for kids, so people who are going to be here next year should feel good about that,” said Zarco.

Zarco has greatly enjoyed his three years here and saying goodbye will definitely be sad.

“I’m going to miss everyone a lot,” said Zarco. “Everyone meaning, from the administration to the students to the staff to maintenance to parents. For marching band, they help out, we go on trips, we go to dinner together. Literally it’ll be hard because of all the connections I’ve made. I just want everyone to know how much I love them and how much I’m going to miss everyone because they’re really great. Saratoga is a really great place.”
5
No doubt, Zarco shall also be missed by those here in Saratoga.

“It’s sad to see him go, but I’m happy for him,” said senior Aaron Garg. “I think he will have a great experience.”