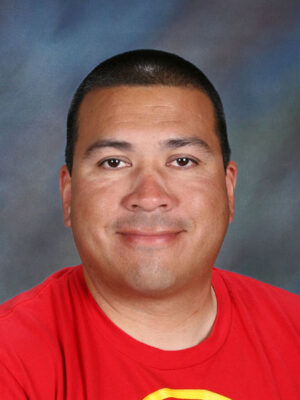 Three years ago, Tim Lugo became head coach of a varsity football team that had just been moved up to the upper league after a strong showing in the CCS playoffs. Given the success of his predecessor Kurt Heinrich, who guided Saratoga to a 7-4 record during the 2007-2008 season, many football players and fans alike felt jilted by Heinrich’s firing.

Today, it is hard to question Lugo’s tenure as head coach. Not only has he led Saratoga to a 15-17 overall record while coaching in one of the state’s best divisions, but he has also fostered an environment of camaraderie and maturity among his players.

It was therefore merely icing on the cake when Sports Boosters recognized Lugo with the Excellence in Coaching Award of the Fall, an honor instituted last winter and given to just one coach per sports season.

“I was flattered, but I’m not a guy who seeks out personal glory, so it was also kind of embarrassing,” said Lugo. “It was a nice gesture for the team to show up and present the award to me. The fact that it came from them meant a lot to me.”

Coaches are nominated by fellow coaches, parents or student athletes. Lugo received 17 nominations in total, including a three-page plea by one parent outlining, above all, his outstanding character. Student nomination letters highlighted Lugo’s role in “helping his players mature into men” and “bringing Saratoga’s football program out of the gutter.”

“To me, that’s the most important part,” said Lugo, regarding the off-the-field impact he has had on his players. “Years from now, they’re not going to remember the wins and losses. They’ll remember the life lessons they learned from playing football.”

Following the nomination process, the Sports Boosters Board selects the nominee who best models the qualities of a superior coach by majority vote. Board representatives base their votes on a coach’s exhibition of leadership, sportsmanship, motivation, development and collaboration—all skills which they felt Lugo embodied as a coach.

“He led us to our first win over Los Gatos in over 20 years and he’s helped us get some respect and feel like we belong in the A league,” said senior wide-receiver Chris Guengerich. “He’s got our program headed in the right direction.”

In addition to being recognized for his efforts this season, Lugo also received a small monetary reward of $200 and a lifetime of memories.

“Hands down, the most memorable moment this season was beating Los Gatos. To see the reaction of the community and how much it meant to them, I think I finally get it,” he said. “To finally see all of those years of frustration lifted off people’s shoulders was something I’ll never forget.”