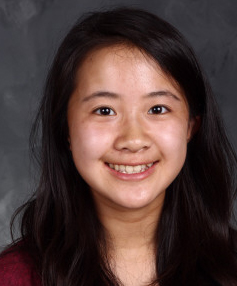 While everyone around me was looking forward to this past Christmas for the presents and the celebration, I was eagerly awaiting the holiday for a different reason: the film release of “Les Misérables.”

While everyone around me was looking forward to this past Christmas for the presents and the celebration, I was eagerly awaiting the holiday for a different reason: the film release of “Les Misérables.”
Ever since I first watched the San Francisco production back in the summer, I counted down the days until I could watch the movie adaptation of possibly the best musical ever created (unbiased opinion, of course).
However, my Christmas morning began with a rocky start; after missing the 9 a.m. showing, which I had originally bought tickets for, my friend and I went on a mad dash looking for the next showing, only to find out that both the Cupertino and Saratoga AMC theaters were sold out. Eventually, we decided to watch the evening movie, but not without first shamelessly running across Vallco mall trying to make sure we were ahead of everyone else in line (we can be a bit aggressive).
I knew that all the driving and running around was worth it as soon as I settled into the theater, though.
When Anne Hathaway sang her mind-blowing rendition of “I Dreamed a Dream,” I started choking on air, causing my friend to look over and ask, “Are you OK…?”. At this point, I thought I was doing pretty well, tears-wise, and I naively thought that I was strong enough to last the rest of the movie without crying. I was wrong.
As soon as Samantha Barks opened her mouth to sing “A Little Fall of Rain” before she died, tears began to roll down my face, and I had to hastily grab the tissues that my mom had handed me with a sigh before I left the house (she knows me too well).
The tears kept flowing without end, and by the time the battle scenes had taken place, I was literally sobbing, and my friend, who had already seen the movie and exhausted her supply of tears, side-eyed me.
I couldn’t seem to stop crying, and when — spoiler alert! — Valjean sang his last song before his death, my sobbing reached a new intensity, complete with horrible noises that sounded like I was being gagged. Maybe something was wrong with my tear ducts that day, who knows?
After the movie had ended, I sat in the theater with my friend, who was also crying by now, and a group of elderly ladies, and together we continued to cry, and we bonded as the end credits rolled. I was so emotionally drained that it took me several tries to just walk down a flight of stairs.
Now, though, I’ve moved on to constantly humming the entire soundtrack to myself, including an unsuccessful attempt at trying to sing everyone’s parts simultaneously in “One Day More.” When my mom asks me to do something, I respond in typical theater fashion with, “Who am I?” (“Two-four-six-oh-one!”)
So what I’m trying get at here is this: If you somehow haven’t watched the movie yet, go watch it! (You can thank me later). Don’t let my tears deter you; the movie was truly phenomenal in all aspects.
As an extra incentive, I can assure you that the cast is not only very talented, but also extremely attractive. (Look out for the revolutionaries especially.) And if you already have watched the movie, feel free to come up to me, and we can gush about the movie together, in which you can proceed to watch me have a breakdown over how much emotion (and love) I feel toward this movie, and Les Mis in general.
But now it’s time to start looking ahead to another date on my calendar: the revival of the Les Misérables Broadway production in 2014. Trip to New York, anyone?
1 view this week