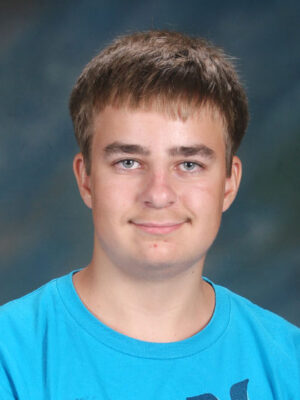 Back in Sweden, freshman Oskar Johansson loved playing the intense sport, orienteering, with friends during weekends. It consisted of teams that had to race to different locations—control points—within a forest-like area. Each team had a map that marked the control points in the order that they had to be reached.

Back in Sweden, freshman Oskar Johansson loved playing the intense sport, orienteering, with friends during weekends. It consisted of teams that had to race to different locations—control points—within a forest-like area. Each team had a map that marked the control points in the order that they had to be reached.

Orienteering is just one of the many aspects of Swedish life that a group of students have left behind during their immigration to Saratoga from Sweden.

Oskar’s brother Linus Johansson, sophomore Sara Pettersson, freshman Eric Cagenius and sisters junior Ellen and sophomore Fanny Stjerngren have recently dived into Saratoga High’s melting pot. All have been striving to adjust to life in the United States after their dads’ company, Ericsson, transferred them to Saratoga. The Johannsons and Stjerngrens were transferred last summer, while Eric and Sara’s families moved in the winter of 2009.

With the exception of Linus, the Swedish students agree that learning to be fluent in English has been the most arduous work.

“The hardest thing has always been that I don’t have a big vocabulary,” Fanny said, “but that is always something you have to learn.”

Still, Fanny feels English came naturally to her due to her desire to express herself to everyone. She began learning English earlier than most on account of her older sister Ellen.

Though English has been easy for him, Linus admits he has a little more to brush up on.

“I have spoken English fluently for only a couple of years,” Linus said, “so [my] grammar is incorrect more [often] than it is correct.”

In many ways, life in Sweden and the U.S. varies greatly. In Swedish schools, there is an absence of both sport teams and school spirit. Tests are more analytical, and there is a lighter homework load.

“This high school differs from the way I thought an American high school would be, like the ones you see on TV and in movies,” Ellen said. “I thought the school here would be easier than in Sweden, but it hasn’t [been].”

At its core, though, high school life is the same in both societies, they said. Fanny may not have her closest friends or as much free time, but she still has her family, her dog and the sports she loves—soccer and track and field.

“There is not any big difference between the life of a teenager in the U.S. and in Sweden,” Linus said. “Justin Bieber is taking over in both countries.”

Similarities are not the only aid that has helped the Swedish students cope with their new lives. Sara greatly appreciates the abundance of help from peers. Still, some people have trouble understanding her difficulties in adjusting.

“Some didn’t get the big deal about moving,” Sara said, “but it is a big deal. [It’s] a painful thing when you have to leave everything you have in a country far, far away without knowing what to do [or] how to act.”

Nevertheless, having a Swedish student community has helped ease the transition for all the students.

“They are all like my siblings,” Sara said. “We are like a family. We do everything together.”
Sara concedes that the lack of diversity in Sweden was sometimes boring and that she loves Saratoga High’s environment.

“I’m really fascinated to get to know other cultures,” Sara said. “It’s really amazing how there are people from so many different countries [here].”