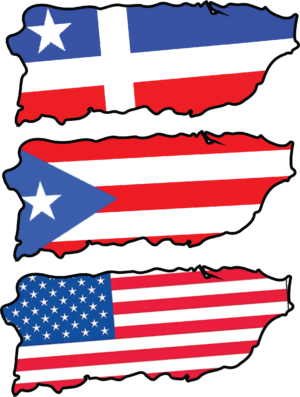 As presidential administrations changed back in January, and the agenda of a new president has begun to transform the current political landscape, there remains a crucial but seemingly forgotten issue: the potential statehood of the current territory of Puerto Rico.

Over a thousand miles off the coast of Florida, and with a population of more than 3 million, the island has been a small part of the United States overseas territories since its acquisition in 1898.

While Puerto Ricans gained American citizenship 19 years later, they haven’t had any votes in Congress or the Electoral College since then, and recently, more than ever, the question of Puerto Rico’s statehood has become a topic of debate. With a turnout of 1.1 million residents, the most recent referendum on its future status showed 52.34 percent favored statehood.

Democrats have pushed for the move as Puerto Rico might become a blue state given the substantial lobbying by Democrats in recent years. As a result, some Republicans have voiced immense opposition to any attempt at Puerto Rican statehood, especially seeing as it would bring seven votes into the Electoral College and an additional two senators, likely to join the Democratic side of the aisle in at least the short run.

Since the issue remains unresolved and bitterly divided, the option to pursue a nature of free association, also known as sovereigntism, is noticeably absent in the debate. This could possibly be the best solution to resolving Puerto Rico’s demands for sovereignty and a resolution to their economic crisis.

Under such a new form of government, Puerto Rico would become virtually independent from the United States, except with certain economic and political ties related to U.S. involvement in providing Puerto Rico with economic aid and assistance, in sectors such as defense. Nations like the Marshall Islands and Micronesia have adopted this model, and such inclusion could allow Puerto Rico to become a UN member.

Often, the debate has centered on the restructuring of Puerto Rico’s $70 billion — and growing — debt. While advocates of statehood have pointed toward the financial incentives in joining the union, many have taken such reasoning to mean a bailout to save Puerto Rico, a move that would do little to diminish Puerto Rico’s dependence on the US for financial support.

Under the current commonwealth system,

Contrastingly, with free association, the U.S. would primarily retain its defense relations with Puerto Rico, on top of a few other ties to assist efforts in the construction of the Puerto Rican economy. This would offer a more beneficial route for the long-term prosperity of the island, while Puerto Ricans would also be able to legislate matters of their own fate.

Along with pro-statehood, the other two notable movements include pro-commonwealth, which advocates for the continuance of Puerto Rico’s current status, and a relatively unpopular pro-independence movement. Lacking its own party, Free association has been vaguely represented by members across the various political parties in the form of advocacy groups, most prominently in the pro-commonwealth Popular Democratic Party (PPD).

Such differences in principle allow for a much more diverse field of political parties in Puerto Rican elections, as seen in the gubernatorial elections where other minor parties are represented. PDP’s candidate, Carlos Delgado Altieri, received 31.75 percent of the vote, while Pedro Perluisi, representing the pro-statehood New Progressive Party (NPP), won the election with 33.24 percent of the vote — just 10,000 votes ahead of the PDP and far less than the total votes in favor of statehood in the referendum. Thus, the debate around statehood appears to be much more divided than realized.

The free association provides the best solutions to long-standing grievances that have plagued Puerto Rico for decades. Nevertheless, the decision will likely have to come from the influence of the Puerto Ricans themselves more than now, and little word from elected officials in Congress can benefit the debate. Any solution can only be hoped for in solving Puerto Rico’s voting and financial crises.