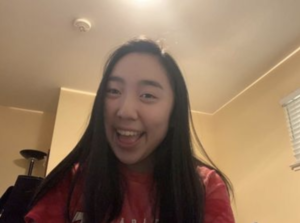 Photo by courtesy of Natalie Tjahjadi

As she adjusted the positioning of her iPhone’s camera, class of 2020 alumni Natalie Tjahjadi deftly tapped on the record button. She started singing Israel Kamakawiwoʻole’s version of “Somewhere over the Rainbow” — a song she hoped would resonate with the hospitalized children who would be her audience.

Tjahjadi recorded this video for UnitedCARE, a nonprofit organization founded to reach out to communities affected by COVID-19. Specifically, Tjahjadi works on the UnitedCARE’s Pediatric Video Project (PVP), which is dedicated to creating an online library of videos to entertain child patients with long-term illnesses.

Since most partnered hospitals are closed to visitors due to COVID-19, volunteers like Tjahjadi record videos of themselves doing various activities, like dancing, singing or arts and crafts, in order to simulate much needed in-person interaction.

“Even if nobody’s physically with the children, they need to know that people care about them,” Tjahjadi said.

Tjahjadi discovered UnitedCARE in late June when she was scrolling through a college-level pre-med Facebook group. The PVP’s ultimate mission — to brighten hospitalized children’s daily lives — immediately piqued her interest.

“I wanted to brighten their days and have their minds not be focused on whatever disease they’re currently fighting,” Tjahjadi said. “As I continued to work, we would get feedback from hospitals telling us how different patients reacted to certain videos, which always felt awesome.”

In addition to making video contributions of her own, Tjahjadi is responsible for recruiting participants for videos and finding partner hospitals — she often spends three or more hours during weekends poring through emails and making phone calls.

Even with her heavy workload, Tjahjadi, who is entering her freshman year at UC Santa Barbara, intends to continue working on PVP for as long as her schedule allows. After she eventually moves on from the program, Tjahjadi plans to carry her experience with UnitedCARE to a job involving both medicine and patient interaction.

“I’m lucky that I’ve had this opportunity, since I’ve always wanted to be a pediatrician and I love working with kids,” she said. “I have no idea how balancing school and other extracurriculars is going to work out, but I’ll keep working on the project for as long as I can do so sustainably.”

Tjahjadi said that she’s had a rewarding experience so far, and she hopes to impact the lives of many more children through UnitedCARE.

“Anytime I hear that it makes someone laugh or smile, it just makes me feel happy,” Tjahjadi said. “It’s really fulfilling.”