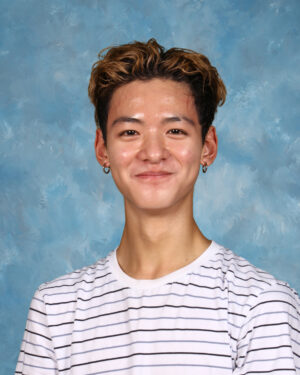 Using fashion as a means for creative self-expression.

Fashion can evoke a range of images, from high-end department stores with $1,000 outfits to meticulous contemplation late at night or in the early mornings, selecting the perfect combination of clothes from a whole closet of options.

For senior Jonathan Zhao, though, fashion is a lot more down-to-earth. Outfits need to be comfortable, not too ostentatious and, most importantly, a means for him to express himself, aside from just looking good.

“If you’re hanging out with friends, you can start experimenting,” Zhao said. “It’s fun and it’s creative and you get to express yourself. As long as it isn’t too over the top and as long as it isn’t bland, it’s fine.”

But for a long time, Zhao admits he did not care too much about style. It was only last winter, after he had watched some fashion videos on YouTube and got interested in them that he had a realization: “If I start wearing clothes that look good, that’ll just make me look a lot better.”

While at school, Zhao tends to stick to humbler outfits that do not “stand out too much,” and he especially enjoys wearing Adidas clothing, which is both common and comfortable.

Besides Adidas, Zhao also wears a lot of Nike clothing. He also owns some pieces from more expensive brands such as shoes from Guess and belts from Gucci and Louis Vuitton but does not wear those much, since “it’s too much of a flex.”

Zhao’s style involves more than just clothes. He follows trends in shoes and other more minor parts of a wardrobe.

“Hats, belts, shoes, stuff like those are the customizable stuff that you change everyday,” Zhao said. “That’s how you can truly express yourself: through like those small things, and it’s really nice.”

Personally, Zhao said that he likes wearing accessories that are thinner and and that stand out less, because they are “still a flex” but not “out there.” For example, he said he would not wear a belt with a giant buckle.

Zhao also dyed his hair over the summer, something he has wanted to do for a long time. The eventual catalyst for him was his friends wanting to dye their hair as well.

However, Zhao ran into many difficulties with maintaining his new hairstyle. For one, dyeing is expensive, and especially so since Zhao and his friends did not dye their hair themselves.

Adding to the difficulty is his participation in cross country, which means he washes  his hair frequently, which prevents him from recoloring his hair.

In general, Zhao said, his style is greatly influenced by his friends, especially fellow senior Alex Taylor, and athletes and other celebrities on social media. Looking forward, Zhao said that he expects to continue to “go with the flow.”

“Of course,” Zhao said, “the fashion’s going to change in the future, so I’m probably going to stick with that. Who knows? I might just try something new and different.”