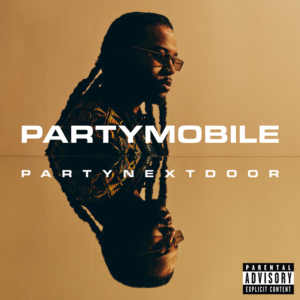 Although some fans are disappointed that Rihanna still hasn’t released her rumored album “R9,” her feature still brightens up my day during the quarantine.

Rihanna fans everywhere were teased of her return to music on March 27 when she appeared as a feature on “BELIEVE IT,” a song on artist PARTYNEXTDOOR’s latest album. It had been three years since she had last released music and fans were desperate for anything.

When “BELIEVE IT” came out, they went wild over finally hearing her voice on a new song, but some were disappointed. In the song, Rihanna basically repeats the line “Best make me believe it” along with a few more lines but sings little else. Fans who were dying to hear “R9” felt that this was not a satisfactory substitute for an entire album and voiced their opinions on social media.

Despite Rihanna’s feature on “BELIEVE IT” being short and repetitive, I’m all for her new music. Staying at home during the shelter-in-place has been tough, and if she wants to drop any music at all, I’ll gladly listen.

I can understand fans getting angry at her for delaying the album, but it’s not anything new. Playboi Carti still has not dropped his third album since his most recent album “Die Lit” came out in 2018 and Kanye West has been delaying albums for the longest time (even though he did end up releasing “Jesus is King” in 2019).

“R9,” the supposed successor to Rihanna’s 2016 album “Anti,” was rumored to drop in 2019, but the year came and went without any music from Rihanna. She even teased fans with a tweet that said, “update: me listening to R9 by myself and refusing to release it.”

Recently, Rihanna responded to fans who kept asking her about the release of her album on an Instagram Live video saying, “If one of y'all motherf—— ask me about the album one more time when I'm trying to save the world, unlike y'all president.”

This sentiment comes after Rihanna’s support for the effort against COVID-19. Her nonprofit, Clara Lionel Foundation, which she founded in 2012, has donated millions of dollars to support those most affected by the disease and the stay-at-home order, including $4.2 million in a partnership with Twitter CEO Jack Dorsey and $2 million in a partnership with Jay-Z’s Shawn Carter Foundation.

To her credit, Rihanna is more focused on bigger issues than releasing albums. She wants to do something good with her time and fans should accept that and stop pestering her so much. For now, we will just have to keep waiting for “R9” to drop, and in the meantime, I’ll be listening to “BELIEVE IT” on repeat.