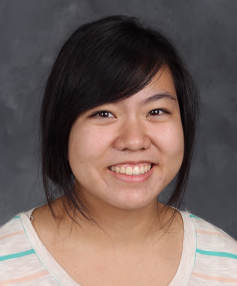 Listen, I don’t want to judge you for what you did.

It’s hard not to laugh, though, when I imagine some guy wearing a rubber Mitt Romney mask (only $6.95 at P­arty City! The Obama ones are $9.95, I checked) running around town wielding a metal spatula. The masked vigilantes of my childhood certainly didn’t go around scraping Democratic bumper stickers off innocently parked cars, but I guess times have changed.

In my imagination you’ve donned a suit, because anyone who has on a Mitt Romney mask has to be wearing a suit. It’s pretty remarkable, therefore, that your look seems somehow more ludicrously inappropriate than all the other self-proclaimed superheroes championing social justice. I mean, they’re the ones dressed in spandex onesies. You’ve really outdone yourself. Congratulations!

I’ll be honest, though. I’m a little peeved that you didn’t even deign to leave a note. I’m 95 percent sure (the last 5 percent would prefer to continue to think you a loser) that you don’t actually resemble the image I described above, but you didn’t exactly leave me any great leads. I’m stuck grappling with thin air, with nothing at all—except, I guess, the super gross glue residue still occupying a 3-by-8-inch rectangle on the rear of my car. I can only speculate on your motives and your identity.

But realistically, what am I even supposed to think? Do you fancy yourself a real-life champion of grand theft auto? (Hint: you’re not doing it right.) Or did you actually steal it for your own use—are you some diehard Democrat too broke to afford your own bumper sticker? If so, 1) I sincerely doubt scraping mine off did you any good, because you left all the glue on my car (thanks) and 2) really? I don’t intend to offend the fiscally oppressed, but that sticker was free.

And if not, what else could your motives be? Do you hate Obama so fanatically that you can’t even bear to scorch your vision with his propaganda? Are you a member of that strain of the American public that despises him almost beyond reason? If so, why didn’t you just club my car instead? (Not that I advocate that. Please don’t.) But seriously, you’ve had four years to adjust. And what are you doing in Northern California? Please, for your own sake, move to Texas. Or better yet—Saudi Arabia.

So, in the end, I’m still thoroughly bewildered. It doesn’t make sense that you took it for yourself—obtaining your own can’t possibly be as labor-intensive as scratching someone else’s off. Or, if you really are going around destroying Democratic propaganda in the form of car décor … I am positive there are more productive ways you could be helping the Republican campaign.

They’ll thank you, and so will all the other Obama/Biden bumper sticker owners who’ll know they can now sleep soundly at night.

P.S. If you need a pointer on where to begin, I hear Mitt Romney is desperately in need of a personal assistant … to make sure his limos always run on time and his breakfast caviar isn’t too salty, you know. Always trooping through True American Suffering, that man.