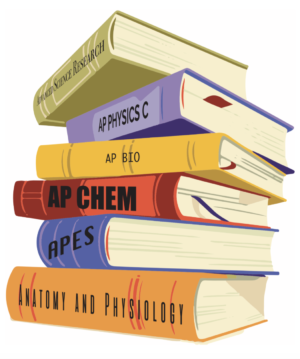 AP Physics C is a second-year physics course that covers the curriculums of both AP Physics C Mechanics and AP Physics C Electricity and Magnetism, and ASR is an laboratory science course where students, under the eyes of an instructor, conduct laboratory and research projects with the intention of submitting them to the Synopsys Championship in March. Students who take ASR will have to commute to Los Gatos High School since SHS didn’t get enough signups to offer it at this school.

Unlike many courses currently offered on campus, though, AP Physics C and ASR were not requested by students or teachers, but were instead requested by the school district leaders in an effort to standardize the course offerings between Saratoga and Los Gatos High School.

In response to the push by the district, however, teachers and administrators raised concerns about how the new offerings may negatively impact student morale and decrease interest in other classes that don’t come with an Advanced Placement title.

“It’s a simple math equation; if you have X offerings, and Y students, there are only so many course offerings you can offer with a finite number of students,” principal Greg Louie said. “How might this impact the other non-STEM electives that are not as commonly taken, since a lot of our students at SHS are into the STEM courses?”

Louie was hesitant about whether these additions would positively impact the school community.

“What’s part of our culture that I hope to impact in the future is to be able to sign up for courses because it’s something of interest, as opposed to signing up because it’s going to make your transcript look better,” he said. “When you offer a course like AP Physics C, most people will stop at AP and be like ‘This is something I can add to my resume.’”

Louie also acknowledged that as a rule, he would like to offer classes that are requested by students and parents, not by outside sources. For AP Physics C in particular, Louie noted there was no rush to add the course; students in the past were able to independently study and score well on the AP exam. Since students and teachers did not indicate a need for these classes, Louie was not sure whether they were immediately necessary.

“Adding AP Physics C was not an urgent thing,” he said. “In the grand scheme of things, I would prefer that we offer courses that are student-requested.”

Though offering ASR and AP Physics C may give STEM-oriented students further options, science teachers have expressed multiple concerns. On Feb. 9, as a response to these offerings, head of the Science Department Jenny Garcia sent a letter to the school board before their Jan. 12 meeting saying that the new push directly contradicted feedback from the annual Western Association of Schools and Colleges (WASC) report.

The WASC report conducted by educators and administrators in California encouraged the school to try to improve student morale and happiness, especially by valuing learning over encouraging students to take classes meant to boost a transcript. They specifically stressed the importance of limiting AP classes in this goal.

Considering these points of improvement, teachers were concerned about whether the new changes followed the given directives. Garcia questioned in her letter, “How does the introduction of these two extremely rigorous classes align with [the school’s] directives from WASC?”

In addition to the concerns highlighted in the letter, Garcia was also worried about whether incorporating new classes during the pandemic was the best plan.

“Since students have been in shelter-in-place mode for the past year of school, they may be lacking the lab skills required for these very advanced science courses,” Garcia said.

“That requires him to write a College Board-approved syllabus, map out his units for the school year and all of his activities and assessments, so it’s a ton of work,” Louie said. “We want to make sure it’s worth all the effort.”

Despite the cautious response from teachers, 41 students signed up to take the course next year. Among them was junior Adithya Peruvemba, who took AP Physics this year.

However, Peruvemba does not believe that these new courses will offer much more learning opportunities for physics. He noted that the content for the traditional AP Physics class (which covers AP Physics 1 and 2 curriculums) and AP Physics C are similar except for the addition of calculation and slightly more advanced concepts.

While SHS will require students to take AP Physics before C, Peruvemba said that the gap between the courses is so minimal that students at neighboring schools usually take one course or the other, not both. He said adding AP Physics C will increase the academic pressure at SHS, but not dramatically impact how much students actually learn.

Junior Ayaan Haque took AP Physics this year and hopes to take Physics C this year. While he feels that AP Physics was taught well online, and that he will be prepared to take Physics C next year, Haque acknowledged that transitioning into a new course coming from online school will be difficult compared to a normal year.

“For example, with electricity, which is a big topic in Physics C, we usually would do an in-person lab during the regular year,” he said. “This year, we did it all with videos and didn’t learn it as well, so I’m probably not as prepared as I could have been at in-person school.”

Haque is excited to take the course to prepare for college and improve his STEM knowledge. While Haque aims to pursue computer science in college, he noted that the concepts of Physics C are relevant in STEM and engineering and anticipates using them frequently in his future work.

With the addition of these new courses, Peruvemba doesn’t think that any other changes should be made to the course schedule for the time being.

“At least for me, the current classes that are offered at our school are enough,” he said. “There aren't any AP classes that I wanted to take that aren't offered.”