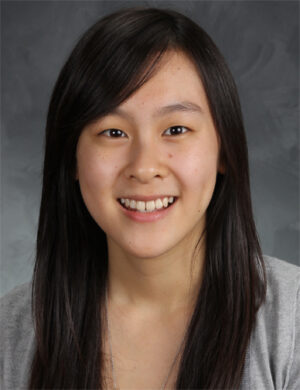 We remember images of the terrorizing bully on the playground, right? The kid who kicked others off the swings, teased the first graders and the kid who, instead of playing tag, just pushed everyone over?

But no, this story is not about the traumatizing effects of childhood bullying, but rather, about a much larger bully—NBC.

Why is this all-American news broadcasting station terrorizing the playground? The answer lies in the way it broadcasts the London 2012 Olympics—and, in fact, most recent Olympic games.
NBC does not broadcast live; instead, it relies on taping all events, and it only plays the most popular sports of the day in the evening. Not only does this result in record-shattering races being played hours after the actual event, but also in the unequal amount of airtime for less popular sports.
NBC’s hidden motive in replaying popular games during prime-time is its desire to pay off its multi-billion dollar contract with the Olympic Committee, which secures NBC’s rights to broadcast the Olympics for the next eight years. With more viewers watching during prime time, NBC can raise advertising fees to raise its revenue.
Because of this, under-the-radar sports in the U.S like badminton, sailing and judo received much less coverage from NBC, a result from “pushing over” these sports’ air time to make way for the nightly coverage of fan-favorite sports.
My inner badminton player-self adamantly argues that all athletes should be treated equally; in this case, they should all be granted equal coverage. The only way to solve this would be for NBC to air all the events live, and later replay some of the more popular sports.
The live coverage would prevent spoilers for the American public, who, at the the London Olympics, received coverage five hours later than countries in the Eastern European Time Zone, like Britain and Portugal. Additionally, replaying important races and games during prime-time would bring even more advertising money straight to NBC’s pockets.
During the London 2012 Olympics, I spent the first week in the United States cheering for team USA alongside the rest of the country. The second week was also spent wildly shouting encouraging remarks at athletes on the screen—but this time in China, where my enthusiastic comments only received menacing glares from my extended family.
Despite the fact that my pro-U.S. comments were not welcomed in China, equal airing time for each sport definitely made up for my family’s bitterness. China’s networks covered most of the sports equally, even the less popular ones like the triathlon and field hockey—something unheard of in the U.S., where swimming, gymnastics and track-and-field dominated the TV stations.
NBC should learn from this example. In a survey done by Gallup Economy in August 2012, 71 percent of American Olympics viewers stated they would prefer the games to broadcast live than to have to wait until the evening to watch the day’s most popular sports. But sadly, rarely does the bully ever listen to the complaints of others.