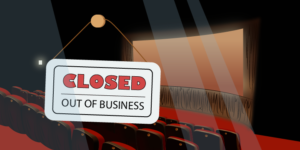 Photo by Graphic by Christina Chang

What better way to catch up on all that social interaction missing from theater outings than by catching a drive-in movie instead. Of the 18 drive-in theaters in California, West Wind Capitol Drive-in is available in San Jose, streaming movies daily to a quickly increasing audience.

Junior Maanvi Chawla went to a drive-in theater in the beginning of August with her family to watch “Abominable.” She noted it was similar to a movie theater while also providing its own, unique benefits.

“The screen was big, and the audio coming from our own car’s radio made it feel like we were in an actual movie theater,” Maanvi said.

She was able to bring pillows, blankets and food during the movie, making the experience all that more exciting. And having a barrier with the car that separated her from others allowed her to give loud commentary that she otherwise wouldn’t have been able to do in a standard cinema.

Due to the closure of movie theaters — Cineworld, the second largest theater chain in the world is closing its 663 theaters in the United States and Britain; Warner Bros. and MGM/Universal are postponing movies until next year — drive-in movies have been making a comeback, according to The New York Times.

“I think drive-in movies will become more popular because it’s safer than going to a crowded movie theatre. It's also a fun place to go with friends,” Maanvi’s sister, sophomore Arshi Chawla said.

As of October 2019, only 305 drive-in theaters remain in the U.S., down from 4,063 theaters in 1958. But because of the social distancing restrictions of COVID-19, they are experiencing an unexpected revival that can act as a new night out for teens who are struggling to remain social during quarantine. However, they tend to be spread out across large areas. For instance, the only  other drive-in remotely close to Saratoga other than San Jose’s West Wind is in Concord: an hour’s drive away.

Still, this chance to time travel to an earlier era has many upsides right now.

“I think a lot of people miss going to the movie theater to watch something,” Maanvi said. “I hope people will see drive-ins as a better, safer alternative because they’re essentially the same thing except you’re not sitting with other people. It’s also a new experience for a lot of people which makes it even more fun.”