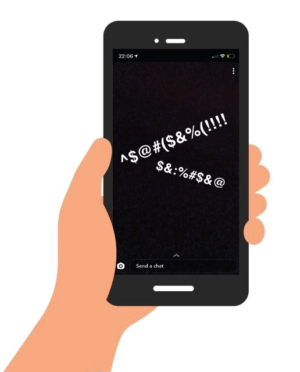 Minus the full profanities, this was what a freshman girl, upset over being cut from the varsity cheerleading squad after tryouts, posted on her Snapchat story.

This Pennsylvania high school student, however, faced severe consequences after a peer screenshotted and sent the post to a coach. The student was suspended from cheerleading for a year, with the school determining that punishment was necessary to “avoid chaos” and maintain a “teamlike environment,” according to an article by The New York Times.

The convoluted case even reached the Supreme Court in December, with potential ramifications for student free speech rights after a lower court determined the student had the absolute right to express herself in this way without consequences from the school. It’s possible a conservative-leaning Supreme Court would issue a ruling greatly at odds with the lower court.

But the justices should leave the lower court’s ruling alone.  The actions the school took against the student were a gross overreach and violation of her free speech rights. Furthermore, if the school’s goal is ultimately to benefit their students’ personal growth and mental health, suspending her was the wrong step.

First and foremost, the student’s post did not fall within the school's responsibility, which is to foster a healthy, safe, and peaceful learning environment. Because the student’s comments were not damaging or derogatory to any individual (unlike cyberbullying), they should not fall under the jurisdiction of the school or its administration.

As long as comments do not directly harm or affect anyone, students should be able to complain as they please on social media, especially during current times, when we are unable to interact with friends or fellow students in person and can only make conversation through online platforms and social media. Hallway or lunch table conversations now take place in platforms where they can be recorded and exaggerated.

Moreover, the student had posted the message on her Snapchat story, only viewable to friends she had added on the platform. Another student showing a screenshot of this post to a coach could be compared to extracting a curse word from a private conversation and sending it to the person’s employer. It’s suffocating and an overstep. Students must conduct themselves a certain way in school to not hurt the learning environment, but disciplining them for what they say outside of school among trusted friends goes too far.

I can think of plenty of instances when my friends and I have used profanity to express frustration or dissatisfaction with something that occurred in school, a disagreement with a teacher or anger at a bad test grade.

It’s a natural thing for us teenagers, and there are much worse methods for coping with stress or anger. With shelter-in-place and the physical distance between students and their friends, it’s harder today to vent in a conventional manner. In these times, it’s more important than ever for schools to allow students to interact organically online, even if it means watching them drop a couple of curse words now and then or see authority figures subjected to obscenity-laced criticism.

While our classes and all interactions being online can make things like angry ranting on social media seem like behavior for schools to discipline, we must not act like ranting or expressing strong emotions with strong language are not a natural part of the teenage experience. The fact is that teenagers often bond over being angry at things together. Especially in these isolated times, the Supreme Court should just let angry teens be angry teens.