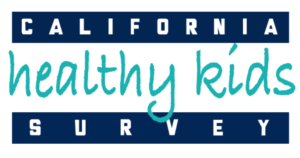 During advisory on Dec. 9, the school administered the California Healthy Kids Survey (CHKS) to all its students. The CHKS is a modular survey provided by the California Department of Education that focuses on topics like student connectedness, school climate, school safety, physical and mental well-being and student supports. The survey provides the state with a standardized source of more than 200questions to see how students are doing in regards to these topics.

How often and who takes the survey varies at each school as it is left to  districts to decide. So far the Los Gatos Saratoga Union High School District has administered the survey in the spring of 2019 and this past December. According to the LGSUHSD Chief of Student Support Services Heath Rocha, the plan going forward is to administer the survey annually.

For his part, principal Greg Louie called it an important tool for the school community. “We will be able to address the areas that need to be focused on and how we can fix those things,” he said

Louie also said it’s helpful to know how the school has fared compared to similar schools. A disparity can point to an area of need.

The school also uses the data from these surveys in the WASC accreditation process and in revising plans for student achievement and safety.

In his time at the school, Louie has already noticed the benefits of using the data to make changes around the school. He said the data solidified the need for CASSY on campus and proved the district’s investment in the service was well worth the money spent on it.

The results of the last survey in the spring of 2019 were alarming to many in the community as they found a larger percentage of students felt depressed and had thoughts about suicide. This prompted the administration to look into the academic stress and rigor that students at the school may feel.

Louie remembered workshops during a CHKS World Cafe on Nov. 20, 2019, and student meetings on Jan. 13, 2020, where many said they felt judged by their peers but didn’t feel as if they judged others, which gave him and other administrators an insight to students’ senses of academic self-worth. That information influenced some of the campaigns and initiatives at the school, such as the “Unity in Community” theme for Speak Up for Change week this year.

The school will receive the results of the survey in mid-February, and administrators plan to use the data to address and prioritize certain issues.

For students, the CHKS may seem like just another long survey. And most are unaware of its importance in the school’s priorities; still, many, like senior Irika Katiyar, agree that using that data is important.

Katiyar said this data could be useful in discouraging students from certain activities like doing drugs and alcohol. Still, she feels mental health is a big topic for the school to focus on.

“Especially during COVID times, dealing with mental health can be hard since people are isolated, but I think it’s important even outside of COVID just to keep people happy and healthy,” she said.

Bullying is another big issue the district wants to address. Louie said the last survey’s data revealed that 5 percent of students at both schools feel bullied on campus.

“We don't necessarily have the issue of drug abuse or alcohol abuse or weapon use that some other high schools might, but that also doesn't mean that it's not happening off campus,” he said. “Those are things that we still need to be vigilant about, because there's been enough stories that I've heard from other people that would suggest that there are students who are using various forms of drugs off campus that we need to educate them about.”

More than 1,000 students participated in the CHKS survey. While this is not the entire student body, by Dec. 11, the school had 89 percent participation and nearly reached the administration’s target of surveying 95 percent of the student body.

One problem with the survey this year was the apathy many students feel with distance learning. Because of this, Louie said it might be difficult to know how authentic answers are.

Still, the administration is not going to discredit or ignore certain results just because they could be wrong.

“There's no acceptable casualties,” Louie said. “There's no number that we're like, ‘Who cares that there are five kids who feel like they would hurt themselves?’ That would never be an acceptable number. We would look at the numbers and then we would respond to it the best we can.”

Louie added, “It's all about trying to make sure that we provide an environment that is going to be as mentally, physically and emotionally safe as possible.”