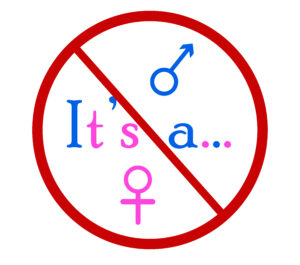 In early September, a Southern California family using a pyrotechnic device sparked the large El Dorado wildfire in San Bernardino County. The fire spread over several thousand acres, forced multiple evacuations and resulted in the death of one firefighter.

The family’s motives, however, were not overtly malicious; they were attempting to throw a gender reveal party.

Unfortunately, this is not the first time gender reveal parties have led to major blazes. In Arizona, a gender reveal party involving explosives caused a 47,000 acre wildfire in 2017. Yet another party in Florida led to a 10-acre brush fire in April.

With the increasing prevalence of social media, people have begun to find more and more creative ways to celebrate. But it is time to put an end to these harmful parties completely — and not just because they’ve caused these fires.

Simply put, gender reveals are outdated celebrations that place far too much value on biological sex.

Society is gradually becoming more accepting to those who identify as transgender, intersex and nonbinary, but gender reveal parties reinforce a dichotomy that does not allow for a wider spectrum of identities. It is unfair to impose constricting labels on children who have no say yet in what they may truly identify as.

The entire concept of having a celebration to force an unborn baby into a binary category is out of touch and acts as a setback to the progress our society is beginning to make.

These parties also diminish the complexities of both sex and gender. Sex refers to the biological attributes people have and is primarily associated with different anatomical and physiological features. Gender, on the other hand, is a social construct with various identities determined by societal norms and how people perceive themselves.

If people choose to celebrate a new baby, they should focus on something with more value, such as baby showers. These focus more on the existence of the child itself and can be completely gender-neutral in terms of themes and decorations. Name reveals would be good alternative parties to throw as well, as they can sometimes even address the binary standards of gender. For example, if parents choose traditionally masculine names for their biologically female child, it would help erase the idea that names must be determined by gender.

Throwing more gender-neutral parties would help break down the rigid social boundaries formed with the use of pink or blue themes, which promote harmful stereotypes. The idea that certain colors are associated with certain sexes is both ridiculous and restricting to young, impressionable children.

Pink and blue should not even exist as “boy and girl colors.” Children should be taught that any colors, toys or interests are available to them, and that begins with them not being forced into gender stereotypes before they even enter the world.

There is nothing wrong with people wanting to find out the biological sex of their child, but there is no logical explanation for the excitement or disappointment behind it. Gender does not influence a person’s personality, morals or overall value. People are shaped by what they are taught and what they observe in society.

This is why parents must begin celebrating their children as they grow up, because assigned sex at birth does not define a person. Instead of throwing these seemingly cursed parties, parents should strive to make sure they have created a welcoming, accepting environment for their child.