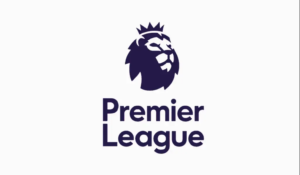 With the dawn of the new year, the 2020-21 English Premier League season, regarded by many fans as the most competitive soccer league in the world, has just about reached its halfway mark.

Thus, we’ve decided to take a look at how the season has played out so far.

The events of this season have been unexpected, to say the least. Teams like Southampton and Everton are outperforming their usual mid-table finishes, sitting in 6th and 7th, respectively, out of a total of 20 teams. There have been many disappointments too, with top caliber teams like Chelsea and Arsenal currently in 9th and 11th, far from their true potential.

Unfortunately for fans, the COVID-19 pandemic has forced England into another lockdown, meaning the usually jam-packed stadiums are empty; stadiums are forced to play fake crowd noise to reenact the actual in-person event.

Furthermore, fixtures have been postponed due to COVID-19 outbreaks within individual teams, including Aston Villa vs. Newcastle and Manchester City vs. Everton, and the new dates for these games are yet to be confirmed.

Still, the season has been as exciting as ever. With more and more young talents moving from other foreign leagues to the Premier League, the competition between teams is fiercer than ever before, which is reflected in the current standings.

Only seven points separate the top 10 teams. To put this into perspective, eventual champions Liverpool were already top of the table by a margin of 10 points last season, whereas now, they are only ahead based on goal difference with the same points as second-placed Manchester United with an extra game played by Liverpool.

This year’s star-studded Premier League has also seen the rise of young talents and new rivalries, while other athletes and  teams have failed to live up to expectations.

The race for the Golden Boot, awarded to the player with the most goals at the end of a season, is tight, with Liverpool forward Mohamed Salah (13 goals) narrowly ahead of Tottenham Hotspur winger Heung-Min Son (12 goals), Manchester United ace Bruno Fernandes (11 goals) and Everton’s breakthrough star Dominic Calvert-Lewin (11 goals).

On the other hand, Tottenham Hotspur striker Harry Kane has already hit 11 assists, forming an electrifying duo with teammate Son — the duo have already combined for 13 goals this season, breaking the record for most goal combinations in a season at only the halfway mark.

Newly promoted Leeds United has also impressed under head coach Marcelo Bielsa, providing fans with goal-fests such as a 6-2 loss to Manchester United and a 5-0 win over West Brom. Furthermore, Aston Villa, who barely avoided relegation last season, powered into the top half of the table through the leadership of captain Jack Grealish.

On the contrary, some promising teams have failed to reach expectations this year, including Chelsea’s German duo of midfielder Kai Havertz and forward Timo Werner, who succumbed under pressure despite their price tags. Arsenal’s target-man Pierre-Emerick Aubameyang has also disappointed with a measly three goals so far, although his team has recently bounced back to win their last three matches.

Most importantly, this year’s title race has been blown wide open following Liverpool’s 1-0 defeat by Southampton’s solid defense. Manchester United look to overtake Liverpool on the top in their next match, with Leicester City, Tottenham Hotspur and Manchester City hot on their heels. The Jan. 17 match between Manchester United and Liverpool is set to be the game of the season, potentially deciding the eventual Premier League champions.

On the other side of the table, Sheffield United has gained just two points in the whole season, a record at this stage in the competition. Despite their 9th place finish last season, they have regressed completely and are on track to end the season with the fewest points ever in a top flight season.

The relegation battle is set between Burnley, Brighton, Fulham and West Brom, with Sheffield United’s hopes of staying in the Premier League seemingly impossible based on their record-breaking start. So far, Fulham and West Brom have shown signs of relegation, although a second-half of the season push from either team could mean disaster for Burnley or Brighton.

Even under these circumstances, the Premier League season hasn’t disappointed so far, and the remaining half of the season could be even more exciting than the first. As seen from last year, nothing in soccer is predictable, and the rest of the season will surely be a contest worthy of a watch.