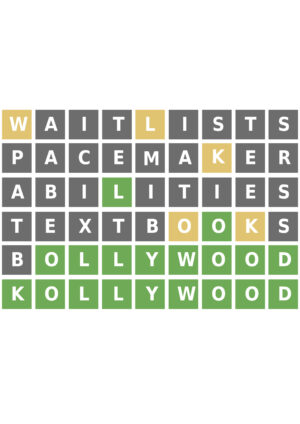 Permalink
In a country where over 120 languages are spoken, only watching Hindi movies means missing out on tons of incredible cinema.

After this year’s last Bombay in the Bay performance on Feb. 19, many attendees discussed their favorite acts, noticing that this year featured an array of new songs. In the past, the majority of the songs came from mainstream Bollywood movies like Student of The Year and the Dhoom series. In contrast, this year, the classical dance featured a song that wasn’t in Hindi — Maangalyam, from the movie “Bangalore Days.”

Bollywood — the name referring to the film industry, movies and TV shows in India — has been a thriving entertainment form for decades, but there are also many other types of entertainment in India that aren’t as well known.

Although Hindi movies can be familiar and comforting for many South Asians, there are many other South Asian movie industries that have plotlines just as thrilling.

“Bangalore Days” is a movie in Malayalam, a language typically spoken in Kerala, a southern Indian state. Typically, Bollywood movies and Indian media have a larger focus on northern India. On the other hand, the film industry in Southern India produces movies in four different South Indian  languages: Telugu, Tamil, Malayalam and Kannada. Because of this, South Indian film centers are often called Tollywood, Mollywood and Kollywood — riffs on Bollywood — depending on which language is spoken in the movie.

There’s an incredible number of South Indian movies in all genres; whether you like action, romance, thrillers or documentaries, there’s definitely a Mollywood, Tollywood or Kollywood movie for you — you just have to find it.

Though you’ve probably never heard of Kamal Haasan and Vikram, they were voted among the most popular Kollywood actors of 2021 and have taken part in many well-known Karnatakan movies, earning millions with each film.

Some popular Kollywood movies include “Ulidavaru Kandanthe,” a crime thriller which was received well critically; “Thithi,” a family drama; and “Kirik Party,” a coming of age drama.

Kannada and Malayalam movies are less well-known than Telugu movies because there are less people who speak the language in India, but Kannada movies are typically very interesting and feature themes like the importance of family and community and the dangers of corruption.

A song that went viral recently, “O Antava,” comes from an Allu Arjun movie called “Pushpa: The Rise,” which is about smugglers. Allu Arjun is a recently-popular actor who has starred in other movies such as “Ala Vaikunthapurramuloo,” and has gained notoriety for his dancing.

Allu Arjun’s charisma and confidence make him an interesting hero. Many people enjoy watching his movies because of the conviction he brings to most of his roles.

One of the most notable actors from Southern India is Rajinikanth, who typically works in Tamil films but has a diverse filmography that spans many languages. Rajinikanth has an almost “cultish following” due to his successful films and philanthropic, kind image.

Rajnikanth’s earlier films, like “Mullum Malarum” and “Thalapathi,” won awards for his acting and the overall success of the films. As he rose in popularity, his followers became more vocal about their love for him. It isn’t uncommon for Rajni fans to throw money at the screen in theaters when he appears. Many of his movies have impacted North Indian films as well.

For a long time, there was a clear divide between South and North Indian film, but it has been slowly changing in the past 10 years. Movies about South Indian culture like “Two States,” “Bangalore Days” and “Baahubali” all rose in popularity, but Baahubali outperformed other South Indian movies by a large margin.

“Baahubali” is a well-known movie in Tollywood, featured all over the world. Even though the movie isn’t in Hindi, many people from all parts of India, as well as outside of India watched it. The movie follows an orphan who tries tracing his family roots and discovers shocking secrets about his past.

The first movie in the series, released in July 2015, was shown in theaters for 100 consecutive days with almost 100% occupancy in many theaters. It set the record for the highest opening ever for an Indian film, earning $10 million on its first day across the world.  It became the first South Indian film to gross $40 million worldwide.

Due to the strong presence of powerful female characters and an inspiring story, viewers easily fell in love with the piece. It was also an introduction to South Indian movies, filmmaking and culture for many viewers.

There are also many remakes of South Indian movies that gain critical acclaim, even though the only difference between the South Indian and North Indian versions is the language. For example, the crime thriller “Drishyam” starring Mohanlal was remade in Hindi. Although the content of the movies is virtually identical, the Hindi version outperformed the original movie, earning almost six times more money.

Some of the most popular Mollywood actors, like Mohanlal and Mammootty, are from the older generation, and a lot of their movies were released in the ‘90s and early 2000s. Other younger actors that have begun rising in popularity include Nazriya Nazam, Dulquer Salmaan, Sai Pallavi and Nivin Pauly. Some of their famous movies include “Bangalore Days,” a story of cousins and their journeys into adulthood; “Premam,” which is a coming of age romance film; “Ustad Hotel,” a heartwarming movie following a guy with a passion for cooking; and “Malik,” a thriller about a young man’s fight against political corruption.

There are also lots of older Malayalam movies — if you’re looking for a classic, check out “Devasuram,” “Sandesham” or “Manichitrathazhu.”

Some of the most topical and subtle films we’ve watched have been from Mollywood, Tollywood and Kollywood. Pretty much any other “-ollywood” from South India has incredibly substantial, entertaining movies.

It’s important to reach beyond the realm of Bollywood movies and explore other industry’s movies. Each movie has its own unique storyline and will diversify people’s understanding towards Indian culture, beyond the Bollywood film industry.