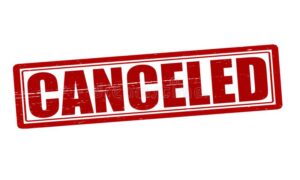 In May 2019, when the music program announced that it would open sign ups for its 2020 summer Europe trip, sophomore Lance Wong was ecstatic.

“The itinerary about the gorgeous sights, historically relevant destinations and absolutely stunning food all really drew me in,” Wong said.

That excitement built through the year but ended March 29.

That was the day when Michael Boitz, performing arts department chair, sent out an email informing students and parents that the Europe trip was postponed to the summer of 2021 due to the COVID-19 pandemic.

In his email, Boitz stated that the decision was “woeful, yet obviously the most pragmatic.” Despite understanding the reasons behind the cancellation, Wong said it still came as a blow.

“After hyping it up with friends many months prior, I was devastated,” Wong said. “I intended for this to be the big part of my summer before I’m completely engulfed in the shadow of junior year.”

Wong is one of hundreds of students now trying to adapt to a change in his summer plans.

In light of the pandemic, the Centers for Disease Control and Prevention recently called for social distancing and banned group gatherings, resulting in school closures across the U.S. Much uncertainty surrounds a date for when the virus can be contained, with some reports citing as early as the beginning of summer and others pointing to 2021 or even later.

As a result, many summer camps have been canceled or have gone to an online format. For instance, the School of the New York Times nixed its Gap Summer program for rising seniors, and the Yale Young Global Scholars program has so far canceled its first session. Meanwhile, LaunchX has transitioned into a virtual summer program.

Freshman Magdalena Mendoza has seen the postponement of a Fresno Dance Convention that her folklore dance team had been long awaiting.

“Our dance group and another group from Sonoma have been practicing to showcase two main sets in the convention in front of thousands of people,” Mendoza said. “But sadly, due to what’s going on, all our hard work and traveling were halted.”

Mendoza said that her dance team is still unsure of what to do now that the convention, which was supposed to be the highlight of their season, has been pushed back to October. She said that, as of April 8, her team is settling with online reviews of the dances through video conferencing platforms “to stay active and practice over lockdown.”

For his part, Wong isn’t sure what he will do with his summer in light of the cancellation.

Although the impending mass summer programs cancellation is already devastating for freshmen and sophomores, for many juniors, the situation is worse.

Junior Isaiah Chung originally planned on taking the SAT Molecular Biology subject test, the SAT II U.S. History subject test and the SAT in June; those exams are now canceled, scaled down AP testing will occur in May.

“Honestly, I don't know what to think,” Chung said. “I studied hard for all the tests, so it's pretty interesting to see them get canceled.”

With the cancellation of all of these standardized tests, many colleges and universities, including Boston University and all the UCs, have revoked mandatory test scores for 2021 college applications.

Chung believes that the altered application requirements will turn admissions decisions into “even more of a  random lottery.”

“What I think now is that juniors either have a greater or lesser advantage to which they usually had,” Chung said. “The majority who practiced and dedicated their time on standardized tests now get screwed, while the ones who focused on extracurriculars and holisticity are now boosted.”

Even as they process these disappointments, students are trying to find consolation in knowing that life will one day return to normal.

“It messed up a lot of summer planning,” Wong said. “But at this point, I’m happy knowing the trip will happen next year.”