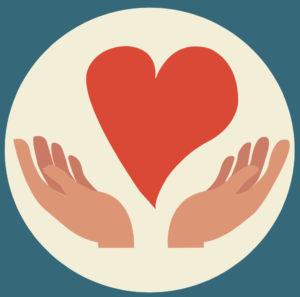 Even as local businesses and organizations shut their doors, many continue to stay open to serve the most vulnerable in the Saratoga community and beyond.

Before the COVID-19 crisis, elderly residents could find a range of activities and groups for senior citizens at the Saratoga Area Senior Center, including memoir-writing, Chinese Chamber music, line dancing and Tai-Chi.

Now, the only local classes offered to seniors are online as 20-minute YouTube videos. These are part of the ongoing effort by Saratoga Area Coordinating Council, which runs the center, to stay connected with its members during the state’s shelter-in-place order.

“Our remaining staff is working from home and trying our best to adapt to this situation while staying positive and accessible to our seniors,” said Tylor Taylor, the executive director of SASCC.

Also closed now are many of the establishments where Saratogans spend much of their free time,  including the Saratoga Library, Saratoga Federated Church and Sacred Heart Parish. Saratoga City Hall is to remain closed at least through May 3, according to the city’s website.

While their doors may be closed to the public, many of these institutions are doing their part to help out during this public health crisis.

The Saratoga Federated Church held a blood drive on April 15, which was operated by the American Red Cross, as blood donations remain imperative to community health and the need is constant, according to American Red Cross. Besides the increased disinfection of the equipment used for donations, participants had to adhere to social-distancing guidelines and were subjected to mini-physicals to ensure they were healthy before donating.

The shelter-in-place order has also intensified the need for non-profit community organizations to help low-income families as unemployment rates skyrocketed. According to Mercury News, 3.4 million Californians have filed for unemployment due to economic fallout amid COVID-19.

As a result, many local organizations are urgently asking the public for monetary donations in order to buy food and other supplies for low-income families, as well as asking for volunteers.

One such organization is West Valley Community Services, which provides financial assistance and food to families living in Cupertino, Los Gatos, Monte Sereno, Saratoga and West San Jose. Cathy Thermond, mother of drama teacher Sarah Thermond, is an active volunteer of WVCS through the Saratoga Rotary Club as well as the Saratoga Foothill Club, both clubs dedicated to community service.  Thermond is now working with both organizations remotely to help fundraise for the WVCS food pantries.

“The shelter-in-place order happened right when our Rotary Club was planning additional hands-on activities with WVCS and West Valley College,” Thermond said. “We decided to shelve our plans this year and concentrate on helping fundraise for WVCS.”

The Pantry Project, the Foothill Club’s annual canned food drive, was originally scheduled for April and May but has been converted into a fundraiser for WVCS. Although monetary donations are not the only way to support them, Thermond said that they provide WVCS the flexibility to buy the food they need to distribute to families. Additionally, she said that because many of the Foothill club members are senior citizens, monetary donations are also a way for them to help out remotely. As of now, the club has contributed $10,000 to WVCS.

SASCC runs an adult daycare program helping older adults with cognitive and physical disabilities in addition to the Saratoga Area Senior Center. They are now expanding efforts to provide services to aid those over the age of 65 during this challenging time.

“We are focused on finding practical solutions and we've had success by partnering with other organizations and community members,” Taylor said. “We know that seniors are going to be the last members of our society that return to normal, so we need to be ready to meet their needs.”

New resources include video tutorials on how to use grocery and meal delivery services, and ordering essential items online. Additionally, they offer online instructor-led classes such as yoga and lipreading, and RYDE, SASCC’s senior transportation service, has been repurposed as a delivery service.

The transition from in-person care to remote assistance has not been easy for the organization.

Taylor said that since their major operations are closed and they no longer have revenue coming in, SASCC must raise money through fundraising, grant-writing and aid from their government partners. These funds have not been enough and the SASCC had to lay off a large portion of its staff, not only leaving many unemployed but also fewer resources to help seniors.

“Our members are isolated now more than ever, and our traditional methods of providing social services have been interrupted indefinitely,” Taylor said.

Even when SASCC will be able to reopen once the shelter-in-place order is lifted, Taylor expects that they will not be able to go immediately back to serving the elderly community since they will likely be in quarantine longer than younger people.

“Once most people start going back to work, seniors will have less help available to them from family, friends, and neighbors so we will need to be creative in how to provide support during the transition back to normal life,” Taylor said.