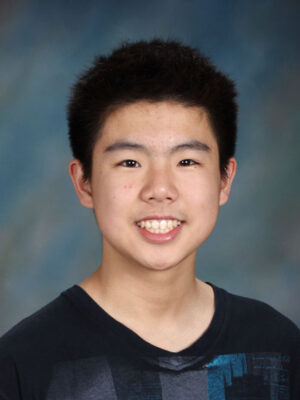 “Saratoga is dead; it doesn’t have any spirit,” my rather pessimistic sister Brittany said when I asked what rallies and Homecoming were like when she went to Saratoga High. Before I entered high school, older friends shared with me their stories of how school spirit makes high school memorable.

“Saratoga is dead; it doesn’t have any spirit,” my rather pessimistic sister Brittany said when I asked what rallies and Homecoming were like when she went to Saratoga High. Before I entered high school, older friends shared with me their stories of how school spirit makes high school memorable.

Inspired by their stories, I looked forward to a spirited high school experience despite my sister’s bitter view of Saratoga’s school spirit. However, she was sadly right, and I had to admit to this ugly truth during the first months of high school.

My class was nonexistent at rallies during freshman year, as nobody seemed to have the spirit in them to root vigorously or even dress in our class color. I felt ashamed at how lost we looked whenever it came for us to do our class cheer.

During my first Homecoming season, a striking majority simply accepted mediocrity while planning for quad day due to the fact that we were freshmen and “we were supposed to fail anyway.” In the end, we delivered a show of a dance composed of around 12 people and two break dancers showing off their skills.

Perhaps many of us felt the same way I did for a while: spirited on the outside but peer pressured to be lame or apathetic toward school events. But during my time as a sophomore, I have noticed a dramatic change in attitude toward school spirit at our school and a sense of pride finally emerging.

A new wave of spirit took my class by storm, especially during Homecoming. Even my parents, who constantly urge me not to waste my time with any optional school events, could not stop me from participating in quad day. Our dedication was resilient; sometimes we stayed at school until 10 at night practicing, or woke up before school started just to rehearse. I never knew how great it felt to witness so many people put aside their differences and perform their hearts out.

This streak of spirit continued to burn on in everyone’s eyes up to the game against Los Gatos. Ironically, when everyone was pumped up about “this being the year” that Saratoga beats Los Gatos in the big game, my sister had somehow convinced me to not attend the milestone game, cruelly saying, “That’s what they say every year, but we still lose.” My disbelief in actually let my sister’s words shake my faith in our team like that resulted in my sister receiving many bitter texts the next morning.

Despite the sting of regret that I felt for missing possibly the greatest event in the past 27 years at Saratoga High, I rejoiced at the fact that the hundreds who went to the game to root had come together not as different classes but as Falcons. The week after we had defeated the Wildcats, everyone rambled on and on over how incredible the game was

Looking back, my journey at Saratoga has come a long way in terms of school spirit. I’ve seen my own class evolve from a dead silent mass to a rowdy mob at rallies, and the school has had a surge in spirit and enthusiasm since we finally conquered the mighty Los Gatos in football, as shown in succeeding games and rallies. This newfound spirit has made my adventures this year more memorable and enjoyable. The spirit has turned into a shining light that even my sister can’t deny.