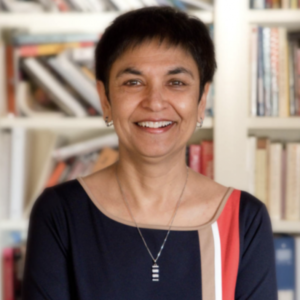 Permalink
Despite initial reservations, mayor Tina Walia ran for city council in November 2020 and has volunteered to take part in numerous programs aimed at helping the community. She recaps her journey to an unexpected position in office.

Mayor Tina Walia has always treasured the time she spent volunteering in the community and serving in city council and committee departments. However, before she was elected to the city council, Walia never expected to become mayor. In fact, she only considered running for city council last December when she was encouraged by residents who believed she would be a “force for positive change.”

Her term as mayor concludes this month, but she will continue serving as a city council member until December 2024.

According to Walia, most candidates for mayor prepare years in advance by joining commissions and other city organizations, making connections and brainstorming campaign strategies to help their election. By planning early and clearly organizing their priorities, they hope to make a lifelong career of their service.

However, Walia didn’t consider running for city council until she heard that residents believed in her ability to “make a difference” in their various areas of concern. Walia’s main goal during her term was to improve community engagement to improve the city; however, she has also faced trouble establishing compromises between conflicting opinions from residents and city council members.

Although the process of taking all perspectives into account is challenging and time-consuming, Walia said she is thankful for every opportunity to talk with Saratoga’s residents.

“The feedback I hear from residents helps me modify my service to keep the focus on residents and make a positive impact,” Walia said.

Before Walia’s term as mayor, she served as vice mayor for one year.  She also served over 10 years as a member of Saratoga’s planning commission, in which she had two 4-year terms as chairperson and two years as a member.

After she received her MBA in Architecture Management from the University of Illinois Urbana-Champaign in 1992, Walia worked as an architect, prompting her to join the planning commission to put her skills to good use.

The commission informs the public on current land use and urban planning issues and advises the city council on general and specific plans for zoning and subdivisions. All commissions work together to maintain the unique, residential character of Saratoga by ensuring that the physical development of the city remains consistent with the environmental, social and economic goals set forth in the City’s General Plan.

In her term, Walia participated in the review of over 300 development applications, including design reviews to annexations of new buildings. Some of her notable achievements include the creation of a new residential design review, which now acts as a guide to designing single-family homes.

Walia said her proudest achievements include increasing community engagement through her speaker events, newsletter publications and the Council Comment Submission Form. Additionally, she provided more opportunities to connect with residents through multiple volunteer programs like the Tech Museum and Stanford Health Education Programs.

“I’ve had the pleasure to speak with so many residents on different topics, from housing safety to climate change,” Walia said. “Those experiences have been my favorite memories and I treasure any chance I have had to interact with community members, share useful information, and take action to help them find a solution.”

She has also worked closely with Saratoga youth on various initiatives, which she stated was a “joyful surprise.”

For example, Walia has had many engaging discussions with Saratoga’s Youth Commission, from participating in the commission’s  TED-styled SED Talks speaker events to the Saratoga Speaks series on YouTube. She also spoke about her own political insights with the city’s Youth in Government Program, a 2-week summer internship, and visited leadership classes and clubs at various Saratoga schools. In May, for example, Walia visited campus during an AP Government class to share her experiences in office.

Walia has also found other methods to reach out to citizens, such as writing monthly columns, goals and accomplishments in the Saratoga News.

“Contributing to city newspapers was an amazing opportunity to broaden city outreach, and I hear back from citizens who find useful information or who have learned something new from my columns all the time,” Walia said. “I’m really honored when they reach out to me.”

Recently, Walia has helped revamp the city’s website by facilitating user interface, incorporating drop-down menus and reducing the number of clicks needed to find information. In August, the council also started a pilot program with the sheriff’s office to help reduce and solve crimes and facilitate the addition of private cameras to residents’ properties.

Another major problem Walia has tackled is the city’s fire-readiness. In recent years, she said the increasing risk of California wildfires has been a growing concern. As a result, she launched the Hardening Incentive Program to educate residents on the prevention mechanisms of wildfires. Funded by a $100,000 grant from the state, the city encouraged property owners to invest in “structure hardening,” which refers to the different use of building materials and design to reduce ignition risks of buildings in Wildland Urban Interface (WUI) areas, which are more prone to wildfires.

In addition to addressing wildfire safety, Walia has also helped pass the Local Road Safety Plan and the Safe Routes to School master plan, movements established in the 2021-22 school year to evaluate and improve on traffic safety around schools.

All of these plans aim to protect pedestrians. This master plan also includes the city’s continuous efforts to provide active transportation in Saratoga by creating safer, more efficient and accessible travel routes that encourage students to walk and bike to school.

“For me, the goal is public service. It’s for the people. That’s the most important thing,” Walia said. “My service is solely rooted in a desire to serve my community, solve problems for my fellow residents and make Saratoga the best place possible.”