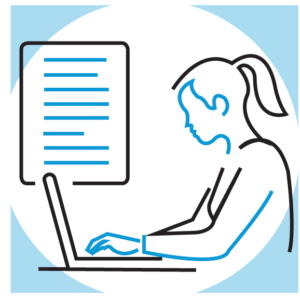 The administration recently announced that the majority of AP tests will occur from May 18 to May 27 for Administration 2, meaning that most calculation-based classes — like AP Physics 1 and 2, AP Chemistry and AP Calculus AB and BC — will be held in-person, while others — like AP U.S. History and AP Computer Science — will be online.

AP Statistics teacher Jennifer Mantle said she has been aware all year that the AP tests would be no different from past years, so she has taught the full curriculum as usual.

Mantle said that going into the school year knowing the AP exams would proceed as normal, she was able to teach her students this year similarly to previous years to make sure they are prepared for the multiple choice and free response sections of the exam.

In distance learning, AP Statistics students take notes on recorded lectures for part of their homework and practice problems in class. Mantle anticipates finishing the curriculum around spring break and spending the rest of the time before the exam reviewing key concepts.

“Second semester always has an element of review for the exam that the first semester doesn’t,” Mantle said. “For AP Stats, the exam date is only a week later [due to Administration 2] so that builds in one more week of review.”

Still, because of the disconnect online learning causes, Mantle said she is less able than usual to judge how well students learn the material and the effort they put in. Having open resource exams gives students a variety of sources to use on assignments which “makes it difficult to say how much students really know.”

The recent changes have elicited mixed reactions from students. Some think the new schedule with Administration 2 is flawed and would prefer a safer option.

“I would have liked the third administration since many of my APs are science and mathematics, which have to be taken on campus,” said senior Aileen Liao. “In my situation, the second administration feels similar to the first because more than half of my exams cannot be virtual. My family has been extremely cautious during this year and we have limited our actions, so I would rather not take the risk of an in-person exam.”

There is an option for students like Liao who are reluctant to come on campus to take math and science exams to take them virtually from their house.

However, not all students share these concerns. Junior Anthony Zheng said he thinks the pandemic is at a stage where it wouldn’t be too risky to have in-person testing, especially with the introduction of vaccines and the reduced rate of cases.

Other students are satisfied with the choice for Administration 2 because it gives them more time to study without interfering with finals or summer break. Administration 3 would have set the majority of tests after the last week of school in June, meaning that studying for finals and AP tests would take place simultaneously.

“Moving the majority of AP exams to be in Administration 2 is definitely an appropriate move,” junior Gavin Chang said. “The dates for the tests are just right and allow more time for the school to prepare themselves for in-person testing.”

Although the new schedule has produced both positive and negative feelings, Administration 2 still largely rests on the ability of the county to move into the orange tier in coming weeks and stay there.

“Hopefully, we will be able to take our AP tests soon,” said Zheng. “I would like to finish them quickly, and having them in-person means that we might be able to return to school and normalcy soon.”