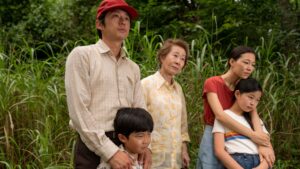 Photo by Courtesy of Sundance Institute

The Hollywood Foreign Press Association(HFPA) has made an announcement that they would be hiring diversity advisors to ensure ‘diversity for all’.

The Television Academy and the Academy of Motion Picture Arts and Sciences claimed in an interview with CNN that they would make an effort to be more inclusive and “bolster diversity” with their nominations in their awards ceremonies. But seeing the lineup of this year’s nominees, it seems like the Hollywood Foreign Press Association (HFPA) still has a long way to go to keep their promise.

Two of the most anticipated film award shows, the Golden Globes and the Screen Actors Guild (SAG) Awards, revealed the disappointing lack of racial and gender diversity in Hollywood that remains a seemingly perennial problem. Neither show broke records in BIPOC or gender representation.

While the little yet welcome improvement is good news for Hollywood, the number of male nominees at the SAG Awards overwhelmingly shadowed the number of actresses. According to Goldderby Magazine, out of the 48 actors recognized across the five nominated casts, only 10 were women.

Viewers were especially disappointed when they saw the HFPA failed to nominate any highly anticipated BIPOC-led films, such as Spike Lee’s “Da 5 Bloods,” in the drama, musical and comedy categories. Even Sia’s “Music,” which received intense backlash for its inappropriate casting and offensive stereotypes of neurodivergent people, was nominated twice.

“It almost feels like we shouldn’t even be expecting anything else from the Hollywood industry anymore,” sophomore Emily Lu said. “It’s just constantly disappointing when films don’t take up the opportunity to recognize nor have a diverse lineup when it’s something that would obviously receive praise.”

Although nominations for the Golden Globes film category were disappointing this year, three female directors — two of whom are women of color — did receive nominations: Regina King for her film “One Night in Miami,” Emerald Fennell for “Promising Young Woman” and Chloe Zhao for “Nomadland.”

While this marks a new record in Golden Globes history, it shouldn’t be the standard. Three nominations is still underwhelming, and many advocate that the public should continue to encourage more nominations and exposure for BIPOC and women in the film industry.

“As a teenage girl myself, it’s nice to finally see some strong female leads in Hollywood these days,” Lu said. “But it’s disappointing to see them go underappreciated and not given the recognition they deserve from such renown film award shows.”

Leslie Odom Jr. from “One Night in Miami” and Daniel Kaluuya from “Judas and the Black Messiah” were the only BIPOC representatives. In an interview with Variety Magazine, Odom Jr. and Kaluuya expressed their disappointment in the lack of a consistent incline in ethnic diversity.

“We’ve grown accustomed to a high bar of excellence from Regina King, but it’s strange because she is decades into her career, but it feels as if she’s just getting started,” Odom Jr. said.

While the SAG awards, Golden Globes and other award shows still have a long way to go to being fully inclusive, it’s still good to see some acknowledgement rather than none at all. All of the problems regarding diversity in the film industry will take time to fix, so viewers should continue pressing the organizations to widen their too often narrow blinders.