On a crisp, Saturday morning on Jan. 8, junior Anjini Mani hiked the trails of Saratoga’s Quarry Park in search of a green, flowering shrub known as French Bloom. Peering through the undergrowth, she trekked alongside eight other volunteers participating in the city of Saratoga’s “Let’s Work” program. The program was founded in 2015 by […]

The start of the second semester marks the beginning of one of the biggest projects for the junior and senior class officers: planning a combined junior and senior prom. It will be the first combined prom in recent memory and a model the school plans to follow in the future. “We’re still just getting started, […]

Note: Statistics in this story were last updated on Jan. 21. Following the return from winter break, the school experienced a large uptick in COVID-19 cases due to the omicron variant. Before the return to school on Jan. 3, at least 29 students and five staff members had initially tested positive, assistant principal Brian Thompson […] 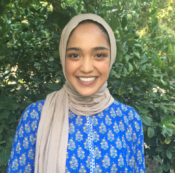 After recently graduating from San Jose State University’s Teacher Credential program, social studies teacher Bismah Siddiqi was hired as a long-term sub in January to teach the classes of longtime teacher Todd Dwyer, who passed away suddenly and unexpectedly in December.  Siddiqi teaches four periods of world geography and one period of economics. She hopes […]

The school is mourning the death of longtime teacher Todd Dwyer, who passed away at age 60 on Dec. 10.  Dwyer carved a unique career path and held occupations ranging from military service to a construction worker to a social studies teacher. He is survived by his mother, brother, wife, children and granddaughter.  Throughout his […]

The school partnered with Safeway to host a COVID-19 Vaccination and Booster Clinic on Jan. 22, following the Center for Disease Control (CDC)’s approval earlier in the month of Pfizer-BioNTech booster shots for 12- to 15-year olds. Students who have just become eligible are now receiving their boosters to enhance protection against the omicron variant; […] 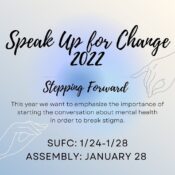 During the 2022 Speak Up for Change assembly on Feb. 4, students will share their experiences overcoming adversities related to the theme “Stepping Forward,” which emphasizes the importance of openly discussing mental health in order to break its stigma. The event is slated to take place outdoors during tutorial. Each year, the Speak Up For […]

After receiving teacher and student negative feedback for the first semester bell schedule that lacks a daily tutorial, district leaders sent a survey to the students, parents and staff members at both Saratoga and Los Gatos High before winter break to gauge which schedule changes the stakeholders would like to see.  In the survey, students, […]

Following continuous efforts to rally for higher pay in the fall,  the members of the District Teachers Association (DTA) came to an agreement with LGSUHSD in December.  The agreement entailed a 5% raise for three consecutive years for a total of 15%, along with improvements to dental and vision healthcare plans.  The chief negotiator representing […]

Every fall, thousands of high school students across the globe scramble to apply early decision and early action to their dream schools. According to the 2020-21 Common Data Set, many universities reported an increase of over 10 percent in admissions from the pool of students who applied early decision or early action over those who […]