After playing the flute for six years, senior Aaron Garg decided to enter the 2009 Santa Clara County Band Directors Association Concerto Competition (SCCBDA) on Dec. 2. With his solo piece “Fantaisie Pastorale Hongroise” by Franz Doppler, Garg was able to win and will perform this piece with the SCCBDA Honor Band on Jan. 18.

With the end of this year’s chess league, the Saratoga High team continued its dominance in both the league and tournaments, with a notable performance by freshman Brian Wai in the latest tournament.

In the league, the team lengthened a string of wins by crushing Lynbrook 6.5-0.5, Cupertino 7-0, Harker 6-0, Palo Alto 5-1, Fremont 7-0 and Monta Vista 4.5-2.5. This is the fifth consecutive year that Saratoga has won the league, which consists of 10 of the best chess teams in the Bay Area. 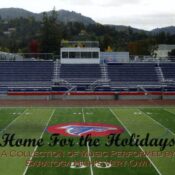 “It was really cool because we got to go to a professional recording studio,” said sophomore Arianna Paranzino. “It is so fun to be with the other girls on the [cheer] team singing.”

With tickets for president-elect Obama’s inauguration more highly sought after than Super Bowl tickets, it is no surprise that finding a source for around 50 tickets is proving to be quite a hassle for the group of students going to the inauguration with history teacher Matt Torrens and other chaperones. So far the group has secured only four tickets.

With the season in full swing, the speech and debate team competed in the two-day league tournament at Milpitas High School on Nov.15 and 16th. All Individual events took place on Saturday. The competition was stiff, but sophomore Soorya Rangan broke to semi-finals in Impromptu and Sophomore Keeti Shukla advanced to semi-finals in Foreign Extemporaneous. Sophomore Vance Lindholm took fifth place in National Extemporaneous speech.

“I really thought all my practice finally paid off,” said Lindholm. “It was also really nice to have the support of the whole team during the final rounds.”

College and career planning, which every high school student often hears about, is just one of the functions covered by Naviance, the student-tracking system, which is steadily gaining popularity from the student body. To further expand its usage by students, the College and Career Center (CCC) staff has extended Naviance’s tasks to include Career Day preparations.

Learning about history in a classroom can be exciting, but there’s no replacement for hearing it firsthand. Three World War II veterans came to the McAfee Center on Dec. 1 during tutorial to speak to students about their experiences during the attack on Pearl Harbor. Many people attended, and over half the McAfee was filled.

Hundreds of students dressed in freshly ironed suits and armed with legal pads flooded into the quad on Dec. 6 to participate in the Saratoga High Novice Debate Tournament. The tournament, hosted by the SHS speech and debate team, offered Parliamentary, Public Forum and Lincoln Douglas debate to first year debaters.

With the first competition less than two months away, the mock trial team has begun to finalize their cases and has started rehearsing full run-throughs. They will have their first full dress rehearsal on Dec. 16 with Judge Philip Pennypacker, a Santa Clara superior court judge and Saratoga alumni, presiding.

It had been threatened many times before, and now it has happened.

The ASB has narrowed down the number of clubs on campus to 45, a drastically low number compared to the over 70 clubs the school had before.