Summer marks the beginning of a long and well-earned vacation for students. For movie producers; however, it is one of the busiest times of year; busy with plenty of red carpet premieres, that is.

Some students may not realize a math club exists on campus. Fortunately for all the mathlovers out there, math teacher PJ Yim is attempting to change that. 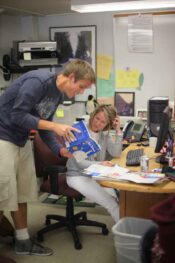 There is an overwhelming and ever-growing list of accomplishments that alumni of Saratoga High have achieved. Each success story seems to top the rest, yet all are unique in their own way. Alumnus Roza Pyghambarzadeh, who graduated from Saratoga High in 2007, is not only one of these graduates who have raised the bar in the past few years, but she has done it in style. Pyghambarzadeh, a sophomore at the Marshall School of Business at USC, started her own social networking website for females to “swap dresses by simply going online and browsing each other’s profiles.”

More than 80 students entered the gym on March 17, to loud cheering and high-fives by a crowd of teachers and faculty.

However, Challenge Day preparations began long before that. The planning began with seniors Mara Couch, Sanketh Katta and juniors Cindy Chang and Ameeka Shenoy. With collaboration from assistant principal Karen Hyde, countless hours were spent raising the $3,200 needed and filling out a web application for the Challenge Day Organization. 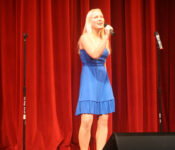