Sophomore swimmer aims for the Olympics
November 19, 2009 — by Emily Williams

Many athletes dream of the Olympics, of international glory and being the best in the world. But for sophomore swimmer Ian Burns the Olympics are more than a dream, they are a goal.

Burns first realized his goal of swimming in the Olympics five years ago when his dad decided to enroll him at the Santa Clara Swim Club. He quickly realized that he had found the sport for him as he became faster and faster.

“I really found that I had had talent, and I started swimming full time year round,” said Burns. “I just got better from there.”

For the first time in school history, the girls’ tennis team became the CCS champions. They defeated archrival and No. 1-ranked Monta Vista at the Courtside tennis courts by a score of 5-2 on Nov. 18. Keying the victory was the team’s ability to win all of their first sets except for one match.

read more »
Can you live a week without watching television?
November 17, 2009 — by David Eng

As I trudged about the room contemplating my next pursuit, I innately plopped down on the couch, reached out for the black button-laden remote control, fired up the flat panel screen and sat there mesmerized.

In the ever-expanding age of technological advances, one generation-spanning activity has captured the eyes, and minds, of nearly every American—the TV. In my case, it’s nearly an addiction.

read more »
Behind closed doors: what happens when someone gets expelled
November 16, 2009 — by David Eng and Karthik Sreedhara

Drugs. Weapons. Harrassment. It’s not a good thing to be sitting in assistant principal Joe Bosco’s office for any of these disciplinary reasons. The administrator may given a student minor penalties like a suspension, but in some cases, he is not as lenient. He has the power to recommend expulsion. But what really happens when he opts to enforce these extreme measures, whether it be a suspension or expulsion, and just how effective are these methods in stopping teens from causing trouble?

This year’s junior quad day dance marked the debut of Brian Vo’s no-longer-hidden talent: break dancing. All eyes were focused on him as he performed an elaborate windmill.

“I was nervous before, but once I got out and finished my solo, I felt great to have represented my class,” Vo said.

Many people who have known Vo for a long time didn’t realize he was a break dancer until after the quad dance.

read more »
How to ask your date to winter formal
November 13, 2009 — by Serena Chan and Ashley Tang

With Winter Formal coming up, more and more people are racking their brains trying to think up a “good’ way” to ask their date to the dance. Most people don’t have enough money to buy a private jet and fly it over school during lunch with a banner attached saying: “Will you go to Winter Ball with me?”. For most of us who cannot afford such extravagance, here are a few priceless ways to ask your crush, whether a girl or a guy, to Winter Ball:

Looking at her planner at 9:30 p.m. on a Thursday night, junior Kaitna Shankar feels overwhelmed. She has an environmental science exam, a math quiz and an English essay all due tomorrow. But after a harsh day of school and Color Guard practice in the evening, she feels her eyes begin to droop as she lethargically sifts through a chapter about global warming. Shankar, frustrated by her lack of focus, decides to hit the sack and instead sets her alarm for 5 a.m., at which time she will wake up and complete her homework and studying. 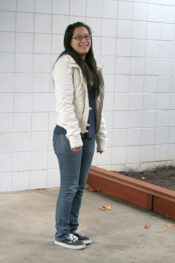 The first movie I watched by director Hayao Miyazaki was “My Neighbor Totoro,” a 1988 Japanese animated film. “My Neighbor Totoro” was a cute and audience-friendly movie about two sisters’ magical adventure with Totoro, a spirit from the forest behind their house. I felt a connection with the characters and enjoyed the way they captured what it’s like to be a child. For this reason, Totoro was one of my favorite movies. When I heard of Miyazaki’s new movie, “Ponyo,” I anticipated something as extraordinary as (or better than) “My Neighbor Totoro”.

With a dropout rate exceeding 20 percent in 2008, California’s high schools are in a state of disrepair causing school administrators throughout the state to search for a fix to the educational system.