Violin virtuoso Midori has performed at concert halls across the globe, from Dublin to Budapest to Tokyo. At age 14, she recorded her first album and in 2007, was designated the United Nations Messenger of Peace. Midori has also founded several organizations that provide musical education to children who might otherwise not have a chance to play an instrument.

“These two men first meet in 1 Samuel 16 when one becomes aware of the musical talent of the other,” said Alex Trebek, the host of Jeopardy.

After two weeks of competing on College Jeopardy, ’08 alumnus Ryan Stoffers reached Final Jeopardy in the topic of Biblical Kings during the second and final game of the two-part College Finals which aired on Feb. 12, coming in second place. The night before, he had placed second, $5,200 short of first, so he needed to make up the difference.

read more »
Too many ‘Lost Symbols’ for one reporter
February 11, 2010 — by Nandini Ruparel

Starting with “Angels and Demons” and going on to pen the best-selling “Da Vinci Code”, author Dan Brown has made a name for himself writing smart thrillers involving fictional college professor Robert Langdon. Brown a lot of hopes riding on his latest installment in the Langdon series, “The Lost Symbol”, which came out last September.

Christina Wu sits down at her Yamaha C-5 grand piano at home, turning the metronome to a fast pace of 176 beats per minute. A second passes, then a burst of sound as Wu starts her daily warmup: several scales of 16th notes, going up a fifth each time until she reaches the top, then coming back down.

Wu, a junior, has been studying piano ever since she was six after discovering a liking and skill for the instrument.

“I’ve always been very intrigued by piano,” said Wu. “I had a natural talent for it.”

iPhones, netbooks and hybrid cars are just some of technological innovations that have come about in the past decade. Technological advances that have become so commonplace in the past 10 years could not have even been conceived of in the ’90s. The school has also experienced changes in these past years and many teachers who have been teaching here since the ’90s can recall a simpler time when the school only owned three computers total.

When students enter the weight room, they probably don’t realize it was once home to an auto shop class.

English teacher Bill Peck, who graduated from the school in 1971, said students used to bring their cars in and they would work on the vehicles all day, fixing mechanical errors and learning a valuable skill in the process.

One of the former teachers of this class is current MAP teacher Tony Palma who reintroduced the class as an elective in the late ’90s and taught it until it ended in 2003.

1. Lost: (Season 6) Feb. 2, 2010
Recap: When we last saw them, Sawyer and Juliet were put on a submarine off an island along with Kate but they took over the submarine and steered it back to the island to save its residents. Locke was being transported through time where he met Richard and discovered that Richard doesn’t age. Sun went back to the island to look for Jin where she was given her wedding ring back. Ben tries looking for Jacob and realizes that he is “fake” and kills Jacob. 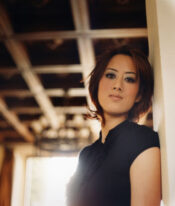 In today’s society, simply wanting to be an entertainer is not enough; aside from being talented, getting noticed takes a lot of effort too. One such persevering entertainer is Saratoga High alumni and singer Vienna Teng, the stage name for 1996 graduate Cynthia Shih.

She sings from four main genres: folk, pop, indie folk and chamber pop. Since her debut in 2002 she has produced four albums, including “Waking Hour” and “Warm Strangers”, which once reached No. 2 on Amazon.com’s bestseller list.