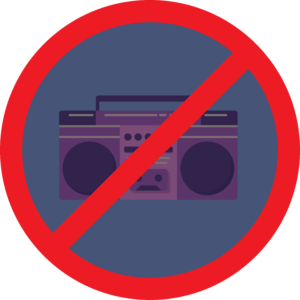 Photo by Atrey Desai
When users interact with the bots on Discord, the bots explain what will occur next regarding their future.

In early September, Discord users were greeted by a seemingly alarming notice: “​​To comply with a notice we received from YouTube — Rythm has ended its service. But don’t kick us out yet, this isn’t the end for us.”

Discord is a convenient and accessible text, voice, and video service that allows users to communicate with friends and classmates in real time; it has been especially prevalent in the gaming community but has had more general uses in recent years.

Users can join aggregated groups of people in “servers,” where they can create any server they desire, such as assembling a fun group chat or creating a hub for new video game strategies.

Owners of servers can create text and voice channels, which can help organize trains of thought, and add custom emoji to their server. The most powerful method of server customization is done by installing bots, or pre-written code which can help streamline and polish the user experience in servers.

Useful bots include the Carl-bot, which helps organize and grant people designated roles in a server, and the MEE6 bot, which can be programmed by owners of servers to perform specific commands.

By far the most popular bots, however, were the Rythm and Groovy bots. They could join a voice channel and automatically scan YouTube for music with keywords provided by the user to stream it into the respective voice channel.

However, these bots violate YouTube’s terms of service, which states “access, reproduce, download, distribute, transmit, broadcast, display, sell, license, alter, modify or otherwise use any part of the Service or any Content” is strictly prohibited. After operating in a legal gray zone for a long time, Rythm and Groovy finally shut down on Sept. 13 after YouTube sent a cease and desist notice to both bots, as part of a larger shutdown of copyright-infringing material on Discord.

Longtime users of the bots decried their sudden disappearance.

“I spent more than five hours a night on Discord, and most of those used to be on call with Rythm or Groovy,” junior Rishi Gupta said. “Now the calls are more silent and empty without background music, and sharing music gets more tedious as there isn’t another platform as convenient as the bots.”

Many used the bots as a prime communications tool, especially when quarantining from the pandemic. Gupta also used the bots to make new friends.

“Hopping into a voice channel and streaming music in the background adds an improved tone to the call. It helped me build close relationships through music,” Gupta said.

Since then, there haven’t been many robust options on Discord for avid music fans. Other music bots that escaped the initial wave of shutdowns, such as FredBoat, have an uncertain future.

While not a direct solution, users can choose to connect their Spotify account to Discord, allowing friends to see what they listen to and listen along in a feature called “listening parties.” However, this feature is only available to premium Spotify users, limiting who can enjoy these perks.

Going forward, there is little clarity on their fate. Some, such as Groovy, have shut down completely and recommend not using music bots in the future. Others, such as Rythm, have future plans that their website teases, though no concrete details have been released.

Still, Gupta recognizes that the value that these bots provided in the past will have a special place in his heart.

“The ability to connect with your friends through music and do so instantaneously is really valuable,” Gupta said. “I really missed the bots for the first week, but I realized that they’re gone and there isn’t much I can do.”