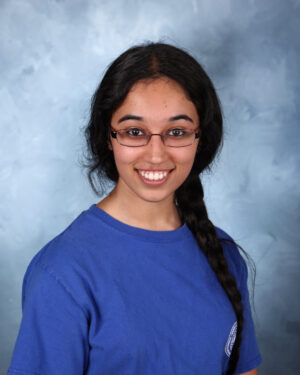 You’ve watched Priyanka Chopra shine as the new face of “Quantico,” the hit ABC drama about the lives of FBI recruits, and chuckled at Parminder Nagra’s antics in the heartwarming 2002 movie “Bend It Like Beckham.” You’ve seen the henna designs, and perhaps even attended the Dandias and borrowed the kurta tops.

But all this you’ve experienced is a purely North Indian representation of Indian culture. It is a representation to which I, a Telugu-speaking American in a South Indian family originating from Hyderabad, India, simply cannot relate. It’s outside of my and my family’s experience.

So, when people ask me about my background, based on their limited exposure to Indian culture, it is easier to joke about my real South Indian culture than to reveal it.

“You dance?” people ask. “You must do Bhangra! That’s the dance where you jump around a lot, right?”

“No, I am a Kuchipudi dancer,” I tell them. The blank stares that I get in response are routine by now.

“We move our necks from side to side. It’s pretty much the most Indian thing you’ll ever see,” I joke.

After a lifetime of laughing at myself and gently mocking my own South Indian heritage, I’ve come to realize that I do it because I don’t want to be misunderstood. This side of Indian culture isn’t the “norm,” and it is easier for me to make fun of it before anyone else can. And because so many people are unfamiliar with South Indian customs and traditions, I want to introduce them in the least painful way possible. In short, I just want recognition of my culture.

It’s hard to pinpoint a single reason that explains this disparity in North and South Indian representation in media. It could be the fact that South Indian culture is so fixed in religion that it automatically gets ignored in a non-religious entertainment industry.

Thinking about it critically now, I can see how I underestimate the willingness and capacity of other people to understand who I am. It is simple for me to tell people that I am a different Indian than who they think I am. But there’s that nagging in the back of my head telling me that my dismissive attitude toward my own culture is the path of least resistance.

I don’t fault you. The round rice cakes aren’t as well known as samosas because they belong to a part of Indian culture that is not as outwardly appreciated.

We South Indians are a proud people. We have enough love for our own culture that we don’t need other people’s stamp of approval. However, coming from a girl who grew up wanting an Indian role model in mainstream media, we might not need recognition, but we definitely want it.

I want people to ask me questions about my culture, and I want to answer them truthfully — not jokingly.

I want people to know that I am proud to wear a bindi (the traditional red dot many Indians wear on their foreheads) in my home.

I want people to know that my culture is deeply rooted in my religion, Hinduism. If you come to my house, I will happily explain to you that I have a statue of Ganesha, the elephant-god, in front of my house because in my religion, it is good luck.

I want people to know that Dandia and Bombay in the Bay are only part of the complex and magnificent mix of cultures in India.

But most of all, I want people to know that I love being South Indian.